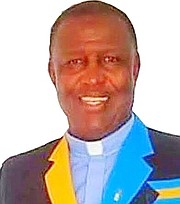 THE singing career of Grammy Award Winner Marvin Gaye, ended in tragedy on April 1st, 1983. He was shot to death by his own father. He and his father never got on. Gaye’s close friend David Ritz, wrote Gaye’s biography a year later, he called it “Divided Soul”.

Gaye was indeed a divided soul. He was part artist and part entertainer, part sinner and part saint, part macho man and part gentleman. Gaye’s childhood was tormented by cruelty inflicted upon him by his father. Commenting on the effect this had on Gaye, Ritz says of his friend: “He really believed in Jesus a lot, but he could never apply the teaching of Jesus on forgiveness to his own father. In the end it destroyed both of them.” 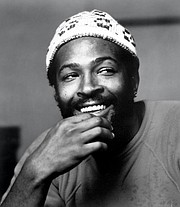 That episode of an unforgiving father and son contrasts sharply with the story of the forgiving father in the parable of the prodigal son. And the contrast between the two stories spotlights a growing problem in modern society. It is an inability or unwillingness of people to forgive one another.

I was appointed a reconciler in a family matter. By the chief justice. That short period that lasted approximately three months felt like three long tumultuous years. Its a family matter, mind you, and there was no elasticity for an iota of love and forgiveness among siblings. It was a venture on total character assassination, and I was to go down as a martyr in this godless display of petrified hate. Death of a patriarch/matriarch breeds the bestiality characteristics in many families, who then act like savages, especially if there is a perception of large sums of money in an inheritance. Many families are torn apart and can best use both Mother’s Day and Fathers’ Day as days of reconciliation. Leaders ought to emerge in families, willing to take blows and try to steer families to safer harbours of love, forgiveness and simply put, commonsense. In too many families dictators rise up, demanding that homage be paid to their sick minds. Sad, but true, some families will not worship together, dine together, laugh or have fun together as families ought, again this year as we celebrate the family in both Mothers’ and Fathers’ Days. These are key family occasions for celebration. We pray against the hoarding spirit, also called the “all for me baby spirit”, that is really selfishness at its maximum and what a price is paid, divided families. Here people who ought to love each other the most are hating each other the most. I cry out for common sense in family life.

Another big area of grave concern is the unwillingness to forgive among married persons. It’s a crying shame that more than fifty percent of marriages end up in divorce. The real victims are little Johnny and Mary. These “little-darlings” are mentally retarded because of adult foolishness. Many children are not learning in school because of this malady. We are paying a high price for this. How can children from this destruction of love ever properly celebrate parents whether it be Mothers’ Day or Fathers’ Day? Indeed, they have nothing to celebrate. They are crying for persons with sense to mend the family fence.

In the book “How to forgive your ex/husband,” Marcia Hootman and Patt Perkins described their extensive research on the anger of women going through divorce from their research they draw two conclusions:

Explaining their reason for writing the book, Ms. Hootman says: “We hope it will help” women get “rid of the anger, which is so destructive,” and “get on with their lives.” An insight into how destructive this anger can be coming from an unexpected source: The American Medical Association. It surveyed several thousand general practitioners, asking them: “What percentage of people that you see in a week have needs that you are qualified to treat with your medical skills?” The answers to that question were amazing. The doctors responded that they felt qualified to treat only about 10 percent of their patients.

When questioned about the other 90 percent, the doctors said that the patients suffered from real pain. But their problem was not a chemical or physiological. In other words, it was a “life problem” that defied normal medical treatment.

The real causes of their illness were things like anger, pent-up hostilities, negative feelings, and negative attitudes. These are problems the normal doctor is not trained or equipped to handle. Commenting on the effect these things have on health, Bruce Larson writes: “Our feelings about ourselves and others and the quality of our relationships may have more to do with how often we get sick, than our genes, chemistry, diet, or environment.

“Doctors are quick to admit that there is little in their medical training to equip them to help patients with these life problems.”

The point is that when we hold a grudge, refuse to forgive, or seek revenge, we hurt ourselves as much as we hurt our enemy. To put it in a dramatic and vivid way, the sword we use to hurt our enemy must first pass through our own body.

Another way to portray the destructive power of hate or revenge occurs in the film The Karate Kid. In one scene, Mr Miyagi asks Daniel if he has a good reason for wanting to learn karate. Daniel responds, “Is revenge a good enough reason?” to this Mr Miyagi responds, “Whoever pursues revenge should dig two graves.” One for his enemy and one for himself.

Yes, our life and question our very selves as to the unhappy state family is in, maybe, just maybe, because of us.

A twelve-year-old at a school where I once taught, admitted there was anger in him because of the jealously he craved having seen his friend in the ideal home, with mother and father and siblings, going out on rides, flying off on vacation trips, going to church together on Sunday mornings. It ate him internally. He wondered why he can’t have a similar experience. He cried out for a balance family life. He lived with his mother and ten siblings, hating the visiting father who dropped in on them occasionally. He then had to make sense out of the multiple fathers his mother gave to his siblings.

How much have we messed up on God’s plan for the family! Let us use both mothers and fathers days as a time of repentance and reconciliation as we make amends and know we can do it God’s way.

Some time ago, a woman wrote a letter to Ann Landers.

Describing the terrible relationship that once existed between her and her brother. It took the death of their father to get her to forgive him and treat him as a brother again.

Some time after their reconciliation, her brother had a heart attack and died in her arms. She ends her letter with this moving paragraph: “I am grateful for the years we had together, but I could scream when I think of all the years we missed because we were too bullheaded and shortsighted to try to get along. And shortsighted to try to get along. Now he is gone I am heartsick.”

Today’s challenge: Is an invitation to review relationships in our lives and to bring them into line with Jesus’s teaching when he says, “Love your enemies, do good to those who hate you, pray for those who mistreat you.” Enemies in home and family. What a tragedy when family members become our enemy!

Have a redemptive Mother’s Day!