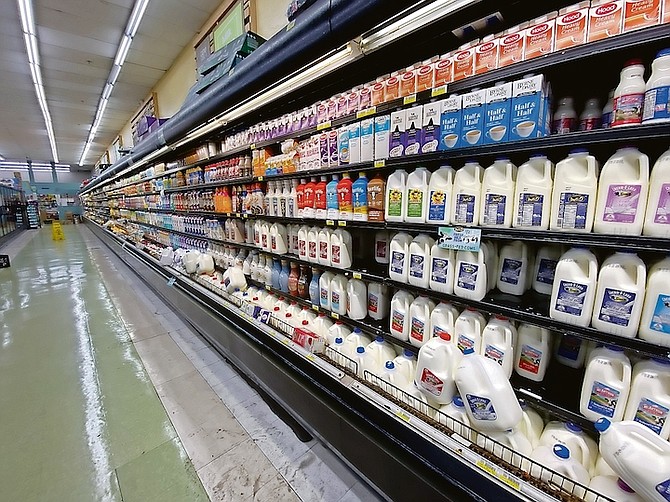 Super Value’s top executive said consumers should expect up to a seven percent increase in breadbasket items in the oncoming months.

Debra Symonette, Super Value’s president, told Tribune Business she expects to see an increase in some breadbasket items by between “three to seven percent,” as it is becoming difficult for the company to make a profit on them when the prices are going up internationally but the Price Control Commission forbids them from raising the price on breadbasket items.

Ms Symonette said: “The thing is the government is looking at the cost of the items to places like us who have to sell items and the prices are constantly increasing for us and if price control restricts us from raising the price to a certain amount then eventually we’re going to incur a loss, or we may not be able to carry the item anymore.”

She added: “We’re hoping that by the end of the year everything starts to settle down and things can be smoothed out, but we can’t say for certain when that will be.”

The war between Russia and the Ukraine is adding additional pressure on prices as well as creating an atmosphere of uncertainty within the business community on stabilizing prices.

A government notice was in the newspaper earlier this week notifying the public that the government approved price increases for cooking oil, corned beef, evaporated milk, flour and margarine.

Michael Halkitis, Minister for Economic Affairs, explaining the matter in the Senate yesterday, said: “There’s food inflation and it is an issue that is vexing that is affecting us and that is affecting other countries around the region and it is something that we are studying and we are seeking ways in which we can assist.”

Mr Halkitis also said: “There is no general authorisation in the increase of the breadbasket items. The situation works like this: You have items that are in the breadbasket that are price controlled. For example, in the stories it mentioned corned beef, you have various brands and what happens is when an importer imports an item, if his price has gone up and in and nutshell, he applies to the prices commission for the margin to be a higher cost for that particular item.

“So, when it is said that government authorised an increase in the price of corned beef, it is not every single brand or corned beef across the board. It is a particular brand.”

TOO MANY BAHAMIANS ARE NOW IN DESPERATE NEED OF RELIEF IN THE FORM OF ZERO VAT ON BREADBASKET FOOD ITEMS AND A GASOLINE TAX HOLIDAY FOR THE REMAINDER OF 2022 AND POSSIBLY ALL OF 2023.

It is much more than 7% on other items

not really, because they get all the vat they pay back.

All I want to know is why potato chip is duty free and the duty on egg and chicken is 30 or 40%.

I say drop the dam duty on chicken and eggs. Will reduce much more than VAT EXEMPTION.

Nonsense and lies, all of it.

Reducing Bahamians to what amounts to Indentured Servitude, namely servitude to Government.