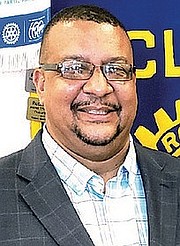 A Bahamian accountant yesterday said he would “definitely be surprised” if the Government introduced new and/or increased taxes in tomorrow’s Budget given that it would only worsen the cost of living crisis for vulnerable Bahamians.

Kendrick Christie, president of the Association of Certified Fraud Examiners Bahamas chapter (ACFE), told Tribune Business that the Davis administration was highly unlikely to deepen the problems caused by surging inflation given that any additional tax measures will only add to the impact of ongoing price hikes.

Suggesting that targeted spending cuts were more likely in a bid to hit fiscal targets, and keep the deficit in check, he added: “I think this is going to be more of a Budget that doesn’t break the back. It will be a Budget to cut down on some spending. I think they’re going to cut, and do some trimming of agency budgets in certain areas.”

Mr Christie added that the focus on restoring 10 percent VAT on so-called ‘breadbasket’ food items, when they had been zero-rated under the Minnis administration, was “myopic” because it did not account for the bigger picture and the impact of slashing the previous 12 percent rate on other goods and services.

“I’ve encountered a lot of business people who have seen the impact of the VAT decrease on their local purchases despite the effects of inflation and supply shortages,” he said. “Focusing on one micro thing is not fair. When prices go back down, the impact of the VAT rate decrease should come through and cause more economic activity.

“I’d be surprised if there’s any change on VAT on breadbasket items. I think they’ve slammed the door on that. I don’t anticipate any change on that. VAT systems have to minimise the exemptions and zero ratings. A lot of purchases of breadbasket foods are by middle class and wealthy people. With exemptions you’re just giving them a break.”

Meanwhile Kwasi Thompson, former minister of state for finance, seeking to set the narrative ahead of the 2022-2023 Budget argued that Bahamians had seen “no tangible evidence” of moves by the Government to address the cost of living jump sparked by soaring inflation.

Questioning whether the Davis administration will hold the hurricane readiness and back-to-school VAT holidays staged by its predecessor, he said in a statement: “The Bahamas cannot wait any longer to address the tax reform issue. We have studied this issue enough and the Government must stop pandering, sending mixed messages, and provide a real plan for tax reform that can provide for the revenue needs of the country in an equitable way....

“We again have seen no evidence that any progress is being made on the global minimum tax Initiative. Countries all around the world are embracing the opportunity to provide more revenue, but also The Bahamas has an opportunity to change our own Business License system into something more equitable.” The “minimum tax” refers to the G-7/OECD initiative to impose a worldwide minimum 15 percent corporate income tax rate on the largest multinationals.

“Bahamians are looking for real relief from the inflation crisis. We have heard promises, meetings and discussions. However, we have seen no tangible evidence of relief. The inflation crisis must be a top priority and must be addressed in a real way. Bahamians need to understand how they will be able to access the much-needed help,” Mr Thompson said.

Mr Thompson also argued that “the credibility of the Government and the country in the eyes of prospective domestic and international investors, and creditors” was being damaged by the failure to meet the April 30, 2022, deadline as required by law under the Public Financial Management Act and Public Debt Management Act to publish the 2021-2022 third quarter fiscal “snapshot” and debt management plan.