FACE TO FACE: The Legacy of Uncle Lou 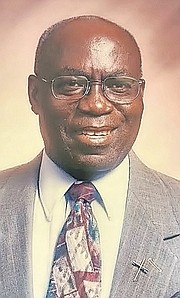 SOME educators come into the lives of children and leave such an impact on them, that they are never forgotten. Deacon Leviticus Lewis Joseph Adderley was one of them. As the beloved principal of St. Augustine’s College for many years, he impacted the lives of countless SAC students, molding nation leaders and global influencers. Deacon Adderley was affectionately called ‘Dad’, ‘Uncle Lou’, ‘Uncle’, and ‘Deac’ by those who knew and loved him. He was a mentor to many and a friend to thousands. I had an opportunity to speak with his daughter, Daria this weekend, as the St Augustine’s College Alumni Association (SACAA) gears up to host “The Unca Lou Charity Golf Tournament” on June 11. It is so encouraging to know that she is walking in her father’s footsteps - using education, sports, and faith to shape the next generation.

She is the Physical Education Teacher and Coach at SAC, where she has served for 21 years. An avid lover of soccer, Daria is actively involved in Cavalier Football Club. She is Coordinator of the Youth Programme Director of the Girls and Women’s Programme. She was recently named the Head Coach of the Women’s National Beach Soccer Team. With all that going on, just like her father, Daria makes time to build a strong Christian walk. She attends St Anselm’s Roman Catholic Church and reads and lectors there.

“My father had a great legacy being an educator and coach,” she told me. 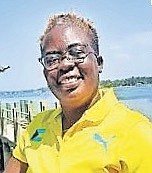 “Through these areas, he became a disciplinarian who always gave of his time and talents, looking for nothing in return. These are the attributes I am led by when it comes to me, whether teaching physical education at SAC, coaching after school sports, coaching soccer with Cavalier Football Club and coaching in the Bahamas Football Association Women’s Programme.”

The day we spoke, ironically I had turned off of Carmichael Road West to drive south and came across Uncle Lou Adderley Estates housing subdivision. I passed Bernard, Seton, Leonard and Alcuin Lanes. That took me down memory lane, as those are the names of the sporting houses at SAC. Uncle Lou impacted my life for the better. I am happy to have had the opportunity to come under his tutelage during the last years he spent at SAC full time, when I was still a junior high school student and all around athlete. Uncle Lou really touched people’s lives in a special way. He exuded a dignified presence with a genuine smile and eyes that revealed how much he believed in each child. To us as students, he was larger than life, and a father figure we could depend on.

“He left something in people that cannot be erased,” said Cherelle Cartwright, SACAA President.

“It started out as school pride for all who attended St. Augustine’s College in New Providence, Bahamas. But every SAC student who was graced by the presence of this giant of a man was left with something even greater than pride. They were left with love.”

“He loved his students so much that he became known as ‘Unca Lou’, and became a father figure, a mentor, a teacher. a coach, and a confidante.”

Deacon Adderley loved service to God and to man.

“Uncle Lou had a vision for a multi-sports complex for SAC. The complex was to comprise a running track, softball fields and a multi-purpose gymnasium. His passing on May 24, 2003 put this dream on hold. Presently, a group of alumni whose lives he impacted, formed a committee to organize and stage the “Unca Lou” Adderley Charity Golf Tournament, which will become an annual event. Proceeds will aid funding for the completion of the complex to help make his dream a reality.”

SACAA is inviting people to register for the tournament, which is designed as a 2 person scrabble, net score tournament with a minimum of 7 drives per player. Tee off time begins with a shotgun start at 8am. Lots of prizes are in the works, including a brand new BMW or Toyota Highlander for the first hole in one on hole number 3. The event will bring together people from all walks of life in honour of Uncle Lou, Deacon Leviticus Adderley.

Father figure of many, Uncle Lou was “Daddy” to Daria, her sister Clare, and her brother Gervase: “Life lessons my father taught me are vast. I don’t know where to start. Daddy’s unwavering love of God and trust in Him guided his life daily and through that, he had a soft demeanor, selfless of acts towards others, and he was a stern disciplinarian but yet gentle. Daddy gave his time and talent to everyone … all walks of life he touched. Many people have said that I am his image and likeness. My father was my mentor. He was the person I vented to, bounced sporting ideas off, and listened to his advice and guidance.”

His wife of 40 years, Mrs Floridell Adderley, knew him best: “The love and dedication he had for people, and the concern for the children he taught at St Augustines and anyone he met, was strong. He would give of himself - his time, his money. He really cared for people. As for myself, we were partners. We looked out for each other. We shared everything. We came together and discussed our family and our finances. He had a humble, gentle, kind, loving heart.”

“In general, he really cared for the people of the Bahamas, especially for children,” said Mrs Adderley, a veteran educator of more than three decades.

Since retiring, she spends her days at home, enjoying her garden, and her grandchildren.

She shared with me a memorable moment of his days at SAC: “He got a car from SAC during the 25th anniversary celebration. He didn’t say much but you saw it (the excitement) in his eyes.”

In addition to his formidable impact on students at St Augustine’s for decades, he also impacted thousands of young people in The Bahamas wherever he came into contact with them.

His legacy had a home to take root in when in 1945, St Augustine College was established by the Benedictine Monks of St. John’s Abbey in Collegeville, Minnesota. By 1950, Leviticus “Lou” Adderley was its top student. He went on to St John’s University where he excelled as student and top athlete. Academically, he obtained a Bachelor’s Degree in Mathematics while athletically, he set NCAA and school records in Greco Roman wrestling and tennis.

He completed his studies and returned to his alma mater as teacher/ coach and later became the principal, retiring in 1991. He was dearly loved by his students and was called “Unca Lou” by all. The name Lou “Unca Lou” Adderley became synonymous with the institution. In addition to his extensive impact on SAC, he was also one of the founding members of BAISS (independent school sports) that initially enabled quality competition and socializing between secondary schools.

Nationally, it is understood that his greatest fluency was his unbridled mastery of himself, as a builder of men, coach of champions, professor of scholars, and protector of his faith.

I asked Daria what she would do if she could spend one more day with this giant of a man: “Oh, to spend one more day with him would make my world! I would like to show him through my various interests how his gentle and selfless acts have guided my life and my sports. I would want him to meet especially the Cavalier girls I coach to see how I have mentored them and how they are growing into great individuals no matter their circumstances. Finally, to spend the day with his granddaughter and grandson, whose personality and style are so much of him. Every day he is missed, but I know he is looking down on me and smiling at the person I have become. It is because of him that I am the person I am today.”

To join with those celebrating his legacy with the Unca Lou Charity Golf Tournament, visit www. thesacalumniassociation. or, email uncaloucharity@ gmail.com, or call 820- 5568 or 397-1744.

Although short in stature he was a giant of a man, a humble legend. His whole life and being devoted to the betterment and service of others. One of the three most impressive human beings I have ever met. Nothing but admiration and respect for him.