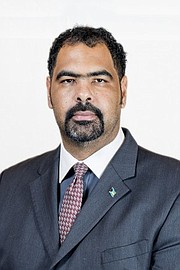 The Bahamas will be on an economic “roller coaster for a significant period of time” as the US Federal Reserve and other central banks take swift action to combat inflation, a local banker warned yesterday.

Gowon Bowe, Fidelity Bank (Bahamas) chief executive, told a webinar on “economic resilience” organised by the TCL Group that the US central bank’s swift and aggressive interest rate hikes in a bid to suppress consumer demand represent “a very big risk for our country as we have no control over it”.

The Federal Reserve’s actions will impact consumer and business confidence, plus spending and investment, in the country that produces 90 percent of The Bahamas’ tourist base as well as serving as its major supplier of goods and other services. He suggested that the US central bank was seeking to achieve a “rapid slowdown” to bring inflation under control, then a swift bounce back - a strategy that will be hard to pull-off.

“The Bahamas has been buoyant over the last 12 months due to an influx of persons unable to travel for a long period of time,” Mr Bowe said. “But unemployment will be substantially higher until we get consistent growth coming out of the recession.

K. Karlos Mackey, president of MoneyMaxx Company & principal of Prime Financing & Consulting, the event’s host, urged Bahamians not to “bury our heads in the sand” or “curl up in the foetal position” over fears of an impending recession but instead “take the bull by the horns, and the bear by the ears”, and prepare as best they can for all eventualities.

Meanwhile, Molly MacIntosh, general manager of the Bluff House Beach Resort & Marina on Abaco’s Green Turtle Cay, said she and other tourism operators have “seen an increase in room revenue, marina revenue across the board” in 2022 which has proven to be an even better year than the pre-Dorian part of 2019.

Noting that the benefits were trickling down to all tourism operators, including golf cart rentals, boat rentals and taxi drivers, she added: “Our 2019 was probably the best year ever [pre-Dorian] and we’ve gone above 2019 revenue levels. I am optimistic that people who want to travel are going to. I believe they will put off big ticket purchases like homes, cars and electronics, but it seems to me they are not going to give up their vacation time.”

Ms MacIntosh said inflation, and escalating costs, have “hit us hard”. She added: “Costs have increased in huge increments, the cost of electricity, the cost of shipping. Our staff costs have gone up. I have to give them a living wage. Our costs have increased, and we’ve had to increase prices to consumers, which is never welcome, but something we have to do.”

Mr Bowe, meanwhile, said The Bahamas must do better at “pooling resources” and find ways to invest the more than-$2.2bn in surplus commercial banking system liquidity in productive activities if it is to grow and build a more resilient national economy.

“If we have surplus liquidity, it’s an opportunity that presents itself, notwithstanding the slowdown in the economy, to use some of that cash flow for productive use,” he added, pointing out that these funds belong to depositors and not the banks themselves.

“If the private sector can find ways to provide resources, and provide goods and services, in a more efficient and effective manner than the Government, not only will it be a boost to reserves but it will be profitable and allow us to expand into other areas that attract foreign currency income.”