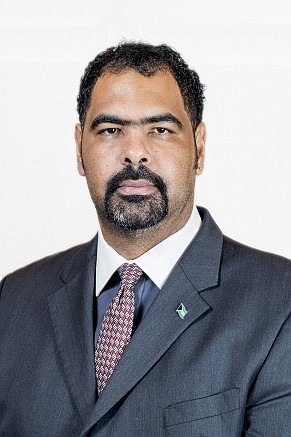 The Bahamas must reform a tax system that “squeezes blood from a stone”, a well-known banker argued yesterday, renewing his plea for greater “equity” via income-based taxation.

Fiscal Council’s reports ‘not a flip of the switch’

A Fiscal Responsibility Council member yesterday said there was nothing sinister about the body’s delayed publication of two key reports, and asserted: “This is not a flip of the switch.”

The Government must “stick to” its fiscal forecasts and stop treating the Budget “as an annual exercise” if it is to build much-needed investor confidence, a Bahamian banker is warning.

Fidelity Bank (Bahamas) doubled the number of debt consolidation-linked credit reports it requested for November, its top executive revealed yesterday, as it targets a “flat” loan book outcome for the fourth quarter.

The Government and commercial banking industry must have “a meeting of the minds” so the latter can “clean up” its backlog of distressed properties and resume aggressive mortgage lending again, a senior banker urged yesterday.

The Bahamas will be on an economic “roller coaster for a significant period of time” as the US Federal Reserve and other central banks take swift action to combat inflation, a local banker warned yesterday.

Fidelity Bank (Bahamas) has cut its full-year profit forecast by $2m-$2.5m after incurring more upfront costs than anticipated with the ongoing roll-out of its merchant and card services.

The seemingly-forced sale of The Bahamas’ flagship digital assets investor will not undermine the country’s ambitions to become a major “hub” in this space, a prominent banker argued yesterday.

‘Move the needle’: IMF puts Bahamas growth back to 8%

The Bahamas is being urged to “significantly move the needle” on medium-term economic expansion even though the International Monetary Fund (IMF) yesterday raised this nation’s 2022 growth forecast back to 8 percent.

A Fiscal Responsibility Council (FRC) member yesterday demanded an end to “political finger pointing” over its failure to deliver timely reports and called on both major parties to instead “get to the root of the matter”.