‘No police probe’ of Lanisha Rolle 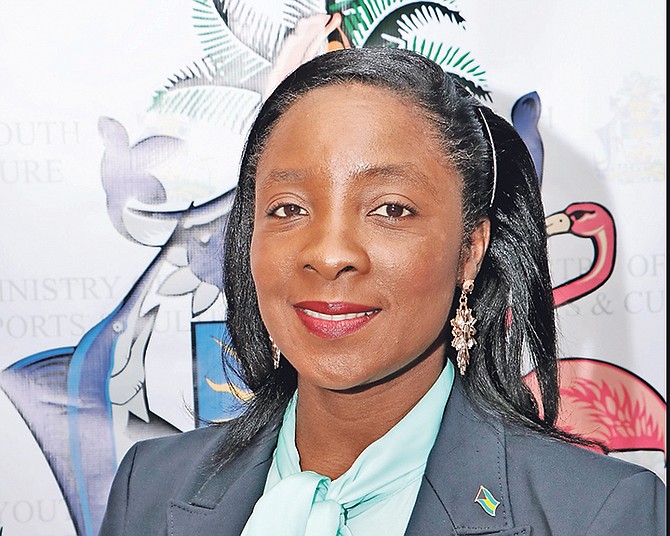 He said police were looking into some “irregularities” at the ministry, but could not say if those irregularities occurred when the Minnis administration was in power or during Mrs Rolle’s tenure.

He also noted that investigations on the matter were still in its early stages.

“Nobody is investigating Lanisha Rolle, ma’am,” he said when contacted by this newspaper yesterday. “The police are conducting some investigations into some irregularities, but I do not know, or I cannot say at this time that Lanisha Rolle or anyone in particular is being investigated. That’s all I can say.”

DCP Deleveaux was contacted after media reports circulated that Mrs Rolle was under active police investigation as a part of their probe into the ministry.

When approached by reporters on the matter yesterday, Mrs Rolle said her track record spoke for itself and added that she believed in due time, the truth will be revealed.

She spoke to reporters before police denied the claims of her being investigated to this newspaper yesterday.

“I have resigned from Cabinet from February 23 of 2021 and since then, we are here today. I recall the last official audit report disclosed, to my information, that the accounts of the Ministry of Youth, Sports and Culture (were) fairly maintained,” the former Cabinet minister said outside of the House of Assembly.

“I did not hear that another audit or any further investigation was going on and so we are where we are today. I trust the police. I have been a police officer. I have served the country in that capacity for 11 years. I served in the Cabinet. I served as a member of Parliament. I served as an officer of the court and I trust that the due process of the law will be followed, the rule of law shall take its course and justice shall prevail. I trust the Lord in all of that.”

Asked if she was contacted by police about the reported investigation. “No,” was Mrs Rolle’s reply.

“I stand by my record that as minister as far as I am aware all proper procedures were followed,” she added.

“As far as I was aware as minister, a minister does not know everything in a ministry at any given time, and so to the best of my knowledge everything as it relates to me, there were protocols and there were persons in place that should have followed protocols and I believe that they did, and where they did not, whatever investigations or inquiries will reveal whatever process was or was not followed.”

Free National Movement leader Michael Pintard also appeared to be unaware of the details of the alleged investigation yesterday, telling reporters “we would like to hear the nature of the investigation is.”

Mrs Rolle resigned from Cabinet in February 2021 for “personal reasons,” she said at the time.

Her departure came after former Prime Minister Dr Hubert Minnis ordered a lockdown of the Ministry of Youth, Sports and Culture.

The Tribune had previously reported that when ministry officials and the board of the National Sports Authority became concerned that established processes and procedures were not being followed, they took their concerns to Dr Minnis.

The Auditor General was in the midst of auditing the NSA – which manages and develops sporting facilities –– at the time.

The audit was later tabled in the House of Assembly last November, months after the Davis administration was voted into office.

The audit - which was conducted between July 1, 2018 to January 2021- uncovered several red flags, including “poor maintenance practices at the agency, inadequate inventory controls and boards that were not able to carry out the functions of the authority, among other things.”

The report also found that a contract was awarded without Cabinet approval and also instances where cheques to contractors were made out to named individuals, no companies, and collected by a senior official of the Ministry of Youth, Sports & Culture.

In its conclusion, the OAG said: “Having examined the accounting system, we conclude that there were many failures of executive management in breach of the Financial Administration and Audit Act 2010, Financial Regulations 1975 and the Sports Authority Act 2011.

“We have noted our observations in the report and concluded that besides several control functions in need of overhaul the accounts are being fairly maintained.”

Ok, something is irregular but you don't know when it happen. This would seem to suggest that you don't have evidence that it happened conclusively at all.

Minnis gal in the spotlight again?