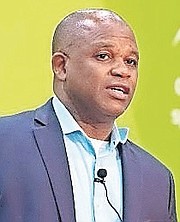 Hundreds of Bahamians and tourists yesterday had their travel plans thrown into chaos when Bahamasair was forced to cancel all afternoon flights due to an “unwarranted sickout” by 80 percent of rostered flight attendants.

Tracy Cooper, Bahamasair’s managing director, confirmed to Tribune Business it was “reaching out” to other airlines to see if they could take its passengers although he acknowledged that not all those affected would find seats. Aviation industry sources said this move showed that the industrial action by cabin crew had “crippled” Bahamasair.

Airlines cannot fly without the necessary flight attendants on board. Mr Cooper said the carrier was trying to discover why the flight attendants, numbering 17-18 persons in total, had not reported for work as scheduled although it was likely connected to negotiations for an industrial agreement with the union representing them, the Airport, Airline and Allied Workers Union (AAAWU).

“You’re spot on,” Mr Cooper replied, when contacted by this newspaper about the flight cancellations and their cause. “We’ve had industrial action today by the flight attendants.” Asked what sparked the sick-out, he replied: “We’re trying to find out ourselves......

“They’ve pretty much called in sick. We are in negotiations with the AAAWU, and we believe some of this has to do with those elements. It’s for some past years and a year or two in the future, so it’s a present [industrial] agreement” that is being discussed.

Gladstone Adderley, the AAAWU’s president, did not return Tribune Business messages and calls seeking comment before press deadline last night, so it could not be determined if this was a so-called ‘wildcat strike’ that did not have the permission and/or backing of union leadership.

“We’re in communication with the union as well as trying to put in place a contingency plan for tomorrow [today] and the day after.” This leaves open the possibility of continued disruption for Bahamasair and its passengers, and the continuation of industrial action by the flight attendants, which is not what is desired a tourism industry and wider economy still rebounding from COVID-19.

Airports, and the departing flight, are the final impressions of a destination for stopover visitors and this will not have been a particularly good one for those caught in the turmoil. The action is also ill-timed given that Chester Cooper, deputy prime minister and minister of tourism, investments and aviation, and his team were last week in New York on a major tourism promotional push following a previous one earlier last month on Florida.

Asked whether Bahamasair had contacted other Bahamian and international carriers to take its passengers, Mr Cooper said: “Normally we’ll reach out to industry partners and see how they can help us out. Obviously we’ll have some elements where they cannot carry all our passengers, but as many as can make it with other carriers to help us out.

“Our customer service is talking to them [affected passengers], and we’re trying to see how we can accommodate them over the next several days to get them to their destination.” He did not say how many passengers were affected, or provide any details on the likely financial loss to Bahamasair which is due to receive some $32m in taxpayer subsidies this fiscal year in addition to the $108m-plus handed out over the previous two for $140m in three years.

One Bahamian airline industry source, speaking on condition of anonymity because they were not authorised to speak publicly, said of the situation: “This is an action on the part of the stewardesses. The stewardesses themselves have taken action, and the union is trying to get them back in.

Besides the three Florida destinations, Bahamasair was also forced to cancel flights to Freeport, Marsh Harbour and Rock Sound/Georgetown. Passengers on incoming Bahamasair flights also spoke of delays. A message circulated to Bahamasair staff said: “The trained professionals are working on any possible solution for tomorrow’s [today’s] operation and an update will be given as soon as it is made available.”

Bahamasair, in an official statement, said there were only two outstanding issues to resolve in industrial agreement negotiations with the AAAWU although it gave no details. Promising to provide details on “remedies” and its “recovery plans” in the coming days, the airline added that the sick-out by 80 percent of scheduled flight attendants who were union members had caused “major disruption to the flight schedule”.

It said: “Management outlines that the action was unforeseen and unwarranted as the airline is in constructive dialogue with union executives and have concluded most matters relating to the agreement. We are disappointed in the actions taken but we are continuing our dialogue and expect a closure to the two remaining items shortly. We have reached out to the Labour Board to assist us in this matter.”

It is possible Bahamasair and the Government may also approach the Supreme Court for an injunction barring further action, and an Order that the flight attendants return to work, as it did over the recent industrial action by Airport Authority staff.

Anthony Kikivarakis, Bahamasair’s chairman, told Tribune Business he was on another call when this newspaper contacted him for comment. He said he would call back, but nothing was received before press time last night. Chester Cooper also did not reply to this newspaper’s message.

They should have at least given a head up of their industrial actions. This is one way to destroy an airlines credibility.

They should just be fired and replaced with people who want to work. There is no shortage of labour.

Both Cooper and Kikivarakis should be fired forthwith and then Bahamsair shutdown for good. Got to hand it to the very corrupt and cruel Davis, he made sure Chester the Jester got stuck with the worst of everything that could shorten one's political career. LOL

Chesters political career will end with Joe Lewis and Christopher Anand dumping him as Albany West stuck next 10 years in court.

So who has Albany West in Supreme Court?

When will our Govt divest itself of this albatross?

Fire all of them, "Flight Attendant" is a high school graduate plus 3-6 weeks training, there are 4000 eager graduates every summer. Be grateful for the opportunity handed to you by these deluded air coffee servers who know where the doors are in an emergency.