ALICIA WALLACE: A challenge we still have a long way to overcome 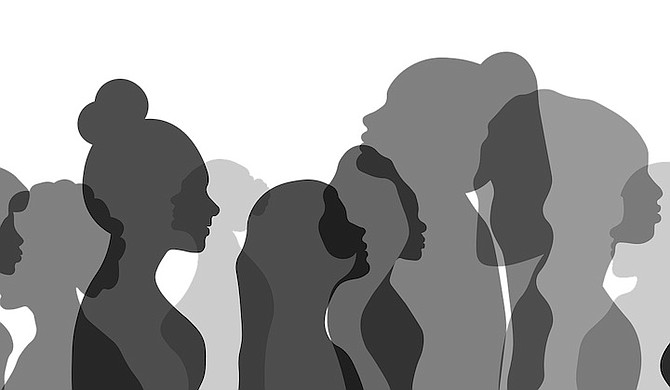 OCTOBER was declared Domestic Violence Awareness Month in 1989. Thirty-three years later, people know domestic violence exists. In The Bahamas, the general sentiment is domestic violence - in most cases, is wrong.

People’s positions seem to change based on the circumstances surrounding the act(s) of violence. They often look for excuses for domestic violence, suggesting the abuser was right to inflict violence upon the victim, or that the abuser could not be blamed.

We are aware of domestic violence. We need to go much further than awareness. Knowing an issue exists is important, but it does not produce solutions or transformation. We know domestic violence exists and that it is prevalent here, in the Caribbean and all over the world. We still, however, do not fully understand the term, what it includes, how it presents itself, and the response required of us — family members, friends, neighbours, faith-based organizations, service clubs, government agencies and legislators. We need to do more with the 31 days in October (and the 365 days in a year, every year) than raise awareness. We need to fully understand what it is, prevent it, intervene when we witness it, support survivors, and ensure there is justice.

The United Nations defines domestic violence as a “pattern of behaviour in any relationship that is used to gain or maintain power and control” and this can include physical, psychological, financial, sexual and emotional abuse.

Intimate partner violence is defined by the World Health Organization as “behaviour by an intimate partner or ex-partner that causes physical, sexual, or psychological harm, including physical aggression, sexual coercion, psychological abuse and controlling behaviours”.

At the start of the COVID-19 pandemic, when threats of lockdowns and curfews loomed ahead, fellow advocates, gender experts and I became very concerned about what this would mean for people — especially women, LGBTQI+ people, and others in situations of vulnerability — who were already experiencing domestic violence. We rang the alarm, calling on governments to consider the unintended consequences of the measures they were likely to put in place, and to design interventions to protect people from increased vulnerability and risk. Most of them did not listen.

The Government of The Bahamas ignored us when we sent the feminist policy guidelines for COVID-19 which covered nine key areas of focus including food security, healthcare, and domestic violence/ intimate partner violence. The statement was shared by the Feminist Alliance for Rights (FAR) received 1600 endorsements, and was translated into several languages. It noted that the rates of domestic violence would increase and the restrictions would affect the ability of survivors to escape abusers and receive necessary assistance. Governments, including the Government of The Bahamas, were urged to take several steps. These included the establishment of separate domestic violence units and hotlines within police departments, development of care protocol (inclusive of testing and safe quarantine) for women who may be denied access to shelters due to exposure to the virus, and provisions for survivors to attend court proceedings virtually.

Several times, reporters asked questions about domestic violence at the press conferences during the first year of the COVID-19 pandemic. The buck was passed, over and over again. No one was able to answer the question. No one had thought about people experiencing violence. No one seemed to know it would be an issue. No one had thought about interventions or solutions. No one could even begin to cobble together an adequate response. What a complete and utter failure, especially when the Government of The Bahamas was advised that this issue would persist, increase, and require a planned response.

Domestic violence goes to work Contrary to what the term may lead us to believe, domestic violence does not stay in the home. It extends beyond living quarters. It can happen in other people’s homes. It can happen in public spaces. It is also quite common for domestic violence to happen at work. Partners and ex-partners may show up unexpectedly to threaten, intimidate, or cause physical harm. They may call or otherwise interact with the survivor’s co-workers and attempt to get information or give a particular impression of themselves, the survivors, or their relationship in order to manipulate other people and create an unsafe environment for the survivor. For many, the workplace is the only presumably safe place. In addition, showing up at work is the only way to get paid, and the financial barrier to leaving an abusive relationship and household is usually one of the most difficult to overcome. For these reasons and more, it is critical that employers take responsibility for what happens in the world of work and to engage in prevention, intervention, and survivor-centred justice.

In 2021, the Global 16 days Campaign—coordinated by the Centre for Women’s Global Leadership at Rutger’s University — focused on femicide (the killing of a woman or girl because of her sex or gender) and domestic violence in the workplace. This formed a part of the multi-year theme, which started in 2018, to end gender-based violence in the world of work. The Global 16 Days Campaign has advocated for countries to ratify the International Labour Organization’s Convention 190, also known as C190, on Ending Violence and Harassment in the World of Work. The Convention is supported by Recommendation 206, also known as R206, which provides a set of actions for governments, employers, and labour organizations to take.

At Eliminating violence and harassment in the world of work in the Caribbean, a webinar hosted by ILO in October 2021, the National Tripartite Council of The Bahamas said it made the recommendation for The Bahamas to ratify C190 and R206. One year later, The Bahamas has yet to ratify C190 and R206. This month, let us raise awareness and demand ratification of the Convention and Recommendation which will move us forward in preventing and addressing domestic violence in The Bahamas, involving employers and increasing safety in the world of work, where many of us spend most of our waking hours.

Great read it seems violence is embedded in our culture

Proverbs 21:9 Better to live on a corner of the roof than share a house with a quarrelsome wife.

But we get the blame for everything and women are always the women. Men cannot cryout except move to another space, then be branded another bad man. Guess The Bible is not real. Men don't live in a real space.

ILO IDB workforce for the government female workers data revealed that 85% of them were classified as managers or supervisors and the curiosity remains questionable as to their academic or otherwise? qualifications. Our work pool is politically motivated above academic accreditation maybe. Our 300 000 population small nation status does not fit United Nations global data. The agenda from the world view needs to be tweaked or UofB statisticians need to create national professional data.

A great academic read. But the policy governments use as national are not even regional Caricom, as what takes place in The America's as used by PAHO cannot apply to Bahamas demographics. My questioning of governments decisions became obvious on the Gaming Rollout. 2014 Gaming Act specified both profits for gaming houses but also stipulates educational, health Warnings mandate. It is universally accepted by all global players of the Gaming industry about the risks of behavioral addictions similar to cocaine substance. I put together a screen based on lived experience in my home town Bahamas along with international Certifications. One of my lived observation on the Nassau problem gaming was whether a person chooses to purchase a used tire for a car or new one. Bahamians who gamble before addiction bought new tires. Now even 2020 Mercedes rising on desperately used tires with lack of oil changes having placed many vehicles inoperable. Gaming Boys make up their own public laws and National Health rules. Governments rarely follows its own national Laws but outside regulations it seems do force their wrists. But we must study who we are demographically. Just what is the make up of households, economic, political, edia, environmental, educational and social pressures. Government is its own lawbreaker but we need local field data in order to act on international guidelines.