You could save a life - be on watch for suicide risk 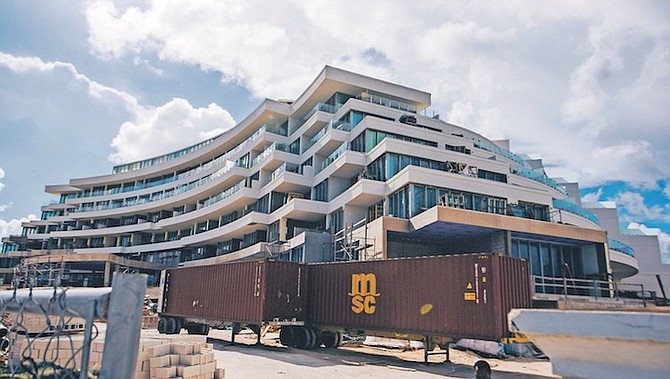 AFTER two suspected suicides in two days, health officials are calling for the public to be on the look out for the signs of suicidal behaviour in an effort to prevent future incidents.

In the last month, there have reportedly been four cases of suspected suicide with all four of the male victims reportedly using various materials to hang themselves.

Dr Eneia Theophilus, psychiatric registrar at Sandilands Rehabilitation Centre, who has experience with multiple persons at risk for suicide, said though suicide doesn’t discriminate between genders, men are more likely to commit suicide than women.

“Men are more likely to commit suicide than women. Women would attempt suicide more frequently, but men actually commit suicide more and they usually use more deadly means in terms of hanging. A man would hang himself much quicker than a woman would. A woman might ingest tablets or cut herself on her wrist. Usually digestion of tablets is common for women, whereas a man is more likely to hang himself,” she said.

“We also know that suicide doesn’t discriminate. Suicide is a complex preventative public health concern. Anyone can feel depressed. Anyone can feel hopeless. They can be frustrated, have negative life situations, so persons of all genders, ages, race, ethnicity can be at risk for suicide and that’s why it’s important to know the signs and symptoms for early detection and, of course, to then get the necessary help.”

She said some strong indicators or predictors of someone at risk for suicide can include anything from access to weapons or firearms to issues with mental health and social isolation.

“There are factors that are associated with the higher suicidal risk. Some of these factors can include relationship problems, substance abuse, persons who might have physical illnesses or serious illnesses. They are at increased risk for suicide.”

She added: “Financial problems, you know in the time that we are in, there are lots of people suffering from financial situations. That could be a predictor. Persons having difficulty even accessing health care, feeling hopeless over health situations. Persons with criminal or legal issues, they can also be at risk for having suicidal behaviours.”

She said family history can also be a strong predictor as well as access to firearms, or a history of trauma and abuse.

“And even just social isolation or lack of social support, that could be amongst the elderly or adults that could also be a predictor for persons that can be experiencing some sort of suicidal behaviours,” she said.

She said these factors do not mean the person is suicidal, however they can warrant a further investigation if these red flags are noticed.

Dr Theophilus said when in a situation with someone at risk for suicide it is important to remain calm.

“You don’t want to exacerbate a situation that could be potentially dangerous, so you have to remain calm. Sometimes in the situation it is important to let the person talk about how they’re feeling. Give them the space to be able to just share how they feel. Sometimes this can mean being very direct and asking the person if they have suicidal thoughts. There’s this notion that if we ask the person if they are having suicidal thoughts that they might decide to go and commit suicide as a result of that, but that’s not correct,” Dr Theophilus said.

On Saturday, a 51-year-old German man died of alleged suicide at a construction site of condominiums on West Bay Street. He was found by employees of the complex, “hanging by tie straps” on the second floor of the building, said police. Chief Superintendent Chrislyn Skippings also reported that the man had injuries to his neck.

Last Thursday, 41-year-old Anthony Tilme, whose family said he suffered from depression, was found dead with cable wires wrapped around his neck at his residence on Kelly Lane.

The first one was in the Carmichael Road area. Initial information suggested that shortly after 11am a man in his early 20s was found unresponsive, hanging with a sheet around his neck.

This came after another alleged suicide occurred in late July when around 7pm police responded to a report of a male hanging from a property in the area of Marathon Road, north of Robinson Road.

Emergency Medical Services responded to both incidents and confirmed the men showed no signs of life.

These incidents come as we prepare to observe World Suicide Prevention Day on September 10.

Anyone suffering with thoughts of depression, suicide, or any mental health crisis can visit the Community Counseling & Assessment Centre (CCAC), the Out-Patient Mental Health Clinic for Sandilands Rehabilitation Centre (SRC) or call (242) 323-3293 for additional assistance.

The Royal Bahamas Police Force has advised that anyone feeling suicidal can contact the Suicide Prevention Hotline at 322- 2763 or the Bahamas Crisis Centre at 328-0922.

Just think how many women forcefully and hurtfully raped on a regular basis by their husbands are suicidal?

Why doesn't Dr. Allen ever talk about that? Is he afraid of forever losing any future government business?

Lol, do you know where we live? One of the most expensive places on earth with no ease for years. My God help us.

We continue to pay more for less and with an ever decreasing quality of life. You'll pay double on average what an American pays for everything and get something of less or equal value. There is a lack of availability of jobs with livable wages causing a housing crisis combined with high unemployment. When I drive about and see the thousands of young people coming out of school I often wonder where are they going to work? The young that do go off to college, many never return, instead they are replaced with low skilled and largely uneducated illegals that can barely speak English. The sidewalks and thoroughfare are filled with beggars, bums, unemployed drunk men and the mentally ill. The roads are a congested mess as the overpopulation continues to swell. Violent crime exploding, the urban decay spreads everywhere, formerly active businesses board up and fall into disrepair, only to be replaced by the eyesore of number houses that actively target and suck money from single mothers. The tourist walk Bay Street to observe abandoned buildings and rot. The roads are filled with holes to destroy your vehicle and price of fuel is insane. Seems things are getting progressive worse and that's all before dealing with you own life issues. Don't kill yourself though 😎