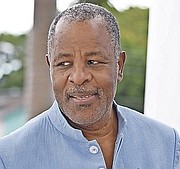 The Bahamas is suffering from “a shortage” of political leaders who “preach the lessons” of hard work as opposed to offering hand-outs and giveaways, an outspoken businessman is arguing.

Sir Franklyn Wilson, the Arawak Homes and Sunshine Holdings chairman, in a recent interview told Tribune Business that The Bahamas must stop seeking “short cut” solutions to the problems it faces as he blasted calls for the creation of a National Lottery.

That suggestion, made last week by former Democratic National Alliance (DNA) leader Branville McCartney, was branded as “very unwise” by Sir Franklyn, who instead backed the message delivered by businessman Ethric Bowe that increased productivity was the only way to “save the country” and improve economic growth and job prospects.

“I disagree very, very strongly with that,” Sir Franklyn told this newspaper of Mr McCartney’s argument that the country should revisit a National Lottery as a means of redistribution to assist vulnerable Bahamians struggling with the cost of living crisis. “Higher productivity, hard work. That is the talk to which I subscribe.”

Mr Bowe, an engineer with multiple business interests including Advanced Technical Enterprises, an insurance agency/brokerage and a family farm, had railed against the creation of a ‘something for nothing’ mentality among many Bahamians through the constant provision of what was billed as ‘free’ hand-outs.

Sir Franklyn, agreeing that Mr Bowe’s message was “infinitely more sound” and “in my humble opinion, infinitely more wise”, added: “This stuff about a National Lottery being the answer is unwise. Stop looking for short cuts. I thought that was a very unwise comment.”

As to Mr Bowe’s comments, he enthused: “That’s the answer, that’s the answer. The path to development involves concepts of increasing productivity, hard work, more stable families and greater savings. These are the right things that make sense.

“Unfortunately, I think we’re going in the wrong direction because, fundamentally, we have a shortage of politicians in the country, and have had it for some time, who are prepared to preach these lessons... No politician is saying these things. It’s give away something else, give away something else. We don’t have politicians showing any courage, creativity or innovation. It’s give me, give me. It infuriates me.”

Sir Franklyn thus voiced similar sentiments to Mr Bowe, who last week told Tribune Business: “We need to give people support to earn, but we deny them opportunities and give them free stuff. We don’t encourage people to learn. Where do we expect to go. If we don’t get people productive, we will not get the economy to move.

“Our problem is really us. We need people to tell us the truth. We need to earn our way out of this situation. There’s no magic. Every day I go to work at 8.30am, 9am, and there’s a whole line of men at the liquor store. You can’t run a society like this, standing around drinking all day, and spending all the money you earn at the bar.

“The Government has to be honest with the people even if it means getting kicked out of office for doing the right thing. We have to save the country. The Government needs to tell the people every chance they get, they have to be productive. If you do not come to work, we cannot pay you,” he continued.

“There are a lot of people employed by the Government every day who provide nothing of value and get paid. Those that are doing something of value have to take their money to pay them. Any time there are a lot of lines in the country, it means people are standing on those lines and not working. If they’re not working it’s a drag on our gross domestic product (GDP). We have to be productive. We need to focus on our productivity, and for people to understand what productivity and service is.”

Mr McCartney, meanwhile, said that despite suggestions a National Lottery and web shop gaming cannot co-exist there was no doubt the former would “certainly be better” for The Bahamas as a means to redistribute monies to those with the greatest food, clothing and shelter needs.

Forming a National Lottery has been mulled many times previously, but the Christie administration never went forward with the proposal and instead proceeded with the legalisation, taxation and regulation of the web shop gaming industry. Numerous countries and US states use lotteries as a mechanism to finance social and charitable causes that are designed to benefit wider society.

Here we have the very despicable Snake looking out for his equally despicable business partner, Sebas Bastian. LMAO

But who got more handouts than Arawak home? The PLP has always been that company's gravy train.

Mr Wilson is correct , the bible says human beings have to work

Comrade Sir Franklyn Wilson a man's who's wisdom I've long held in high regard and respect, going' back his twenty some years age when during our conversations would pitch his vision of a revolution in the makng' that was his quest brung' about a better, more just society that would see society's disenfchised negros provided equal opportunitis to equally share in the political decision makng, eductional, earnings and mixing amongst the social society... But the now senior citizen Frank will turn 74 come this September 25, has left me confused on his take against the creation of a National Lottery, without his mentioning the enrichment of a small man's sized handful of illegal numbers man's **well known being generous contributors of larger sums cash to aid causes politicians' and also known be the operators of illegal numbers houses were to become a selected few blessed for handing over exclusivity over Hundreds millions dollars revenues collected out raking' from the pocketbooks ordinary populaces ... And, so it became and remains lawful under the two governing political parties ... Comrades, you just couldn't have made up this story... This is true life in real time 2022 that the only noticeable real change are the skin colours' ― Yes?

I think Sir Franklyn missed one giant point, its not only that people arent encouraged to learn, the plan actually is to keep them dependent. What would our lazy political parties, who think putting up Christmas and easter billboards is their job, do with an educated self supporting populace?

The likes of Snake and Sebas Bastian probably would not exist in a society of predominantly well-educated and hardworking Bahamians. Scoundrels and thugs like them only survive and thrive in dumbed-down lazy societies dominated by corrupt senior government officials who are more than willing to corruptly reward them for who they are as opposed to what they know.

Snake would have never been knighted had the British monarchy known all there is to know about him. Small wonder knighthoods mean so little today, much like all of the two-bit QC lawyers who are changing their business cards to replace QC with KC. LOL

A national lottery is a good idea. It has the potential to change a life of an individual almost immediately. You can play in these number houses for years winning small amounts of money that will never change your life. The government can tax it better, and potentially gain additional revenue because there are some people who will play a lottery but won't use a numbers house.

As fundamentally important as these comments said by Sir Franklyn are, it is sad to see that people still harbor the venom of hate and jealousy against a genuine Bahamian role model. hero.

Sir Franklyn has earned our respect. Besides that, what he is saying is fundamentally true. Let us encourage our citizens towards "the path to development involving concepts of increased productivity, hard work, stable families and greater savings".

Preach the lessons of hard work, and STOP THE SHORTCUT MENTALITY!

Christie by legalizing gambling betrayed Sir Lynden Pindling, the father of our nation. He was Pindling's Judas. Page 25. The Vision of Sir Lynden Pindling. P. Roker 2000. "At the same time, I have also been disturbed about reports that some workers are slacking on their jobs, thinking that they ........" The copyright ©️ for Sir Lynden's speeches in this book platform are just too stringent to break open. But there are many instances among Sir Lynden's speeches, dreams and visions for The Bahamas that speaks of his betrayal by those who call on his name for political gain.

The Nassau Guardian, Thursday, November 12, 2015. The 114th., Session of the Synod of the Anglican Diocese of The Bahamas and The Turks and Caicos, The Rt. Rev'd Laish Boyd. "In my Synod charge of 2012, I said the following which I still hold to be true that this phenomenon (legalized Gambling) is "harmful to the moral Fibre of this country in the long run - although there are many short term advantages that are attractive and of some benefit now. Legalizing the numbers business would be further opening the floodgates to the lowering of standards and values." "Friends, whatever we say about the Gaming Industry, it's actual effect on the society is that it gouges out a chunk of flesh from the torso of this nation and creates syndrome of ill effects that will call for a lot of repair and healing. The fact of the matter is that entities like the church, - the Social Services Department, psychologists and counsellers, social and civic organizations that seek to build and uplift- will have a lot more to do given the decisions taken."

Many have warned of the nightmare that would unfold upon our workers, families and friends due to the pleasure and sweet brain rewards called gambling addiction that would totally wipe out the great work ethic potential of The Bahamian toward national growth. Sir Franklin Wilson saw it in the 1970s with the Hobby Horse Race Track and Sir Pindling ensured food returned to the Bahamian dinner plates and Bahamians regained work ethic from gambling slumber.

100 Years of Gaming. The 2022 Gaming Board For The Bahamas magazine is lop sided historical while bluntly honest. It fails to give balance to Sir Pindlings advise about good capital interests and bad capital interests that would do more harm than good and in time prove to be counterproductive for society. Today we know that the Gaming Board has failed to establish a Gaming Commission to oversee the Spiritual, Mental, financial, social, community and child welfare Heath for the future sustainable balance and separation of The State and Gaming industry. They are all one entity of national destruction that creates its own self serving warnings. They should read The Australian Gaming Commission Findings that that tell of tails of destruction we have sleep walked into with eyes wide open. As Sir Pindling had warned already we have once again laid at the seat of power a merchant class. Only this time they are black and not white and far more blindly greedy and harmful upon its own.

Lol, this man called the National lottery a shortcut yet every developed country in the world is using it. Sounds like he is scared for his wallet.

The despicable Snake now has many close business ties to the very corrupt, thuggish and disgusting Sebas.