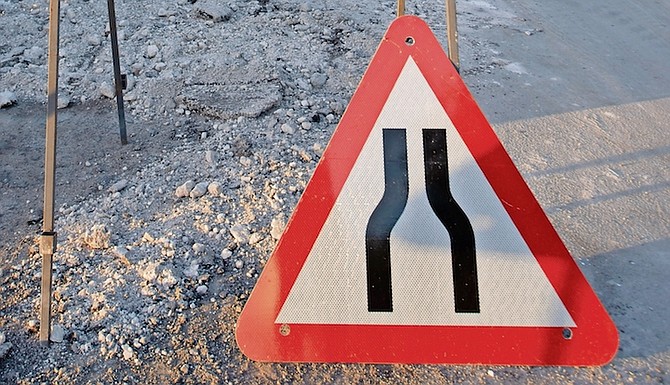 THE Village Road works project is now expected to be completed by December.

Albrion Symonette, Jr, who is the resident engineer of the Village Road Improvement Project, said yesterday the updated completion date for the project, including a planned roundabout, is the end of the year.

“So the Village Road works are progressing steadily,” he said yesterday. “God willing, end of December, the latest, is the current projected timeline, provided there is no other unforeseeable conditions. What we’re looking at now is some additional work is projected to be done. So, if that work is done, that’s what you will see.”

Mr Symonette said he and his crew have been installing duct banks under the length of Village Road to ensure that in the future, the need for digging up the road is minimised.

“At this current point in time we’ve completed, substantially completed,the BPL duct bank, we are preparing to commence the water main installation materials land to the site. Today, (Wednesday) we’ll be doing an inspection of who is preparing for the installation. At the moment crews are installing duct banks, crossing ducts up and down the road. So if you notice crews are working day and night to get work done. We were out there last night till about five in the morning, installing cross ducts.”

The project, which was started this summer, caused concern and frustration for businesses, facilities and motorists in the area, especially due to the continued inconvenience of road repairs.

Yesterday morning, Works and Utilities Minister Alfred Sears expressed gratitude to the public for enduring the inconvenience and promised that the benefits and improvements from the project would be worth the disruption caused.

“The Village Road Project is going really well and I first want to say thank you to our public, to the stakeholders, to businesses, residents in the Village Road area, especially I would like to thank all of the various stakeholders who have been very cooperative in this whole process,” Mr Sears said.

“We are in conversation with the National Trust and with Queen’s College as we would like to put a roundabout to facilitate the efficiency of traffic to both of those institutions and the contractor is moving on schedule. (Also), the underground installation is just about completed. And once that’s done, we would have the paving and the sidewalk improvements and so on,” he said.

“There is disruption, but at the end of the day, it will improve the quality of life of all of the stakeholders on Village Road and the general public.”

Mr Sears added that the project team from the ministry, headed by Mr Symonette Jr, has been giving him weekly updates.

The $6.4 million project was expected to be completed by September. In August, officials pushed that date to November.

provided there is no other unforeseeable conditions.