‘Little to no damage’ from Hurricane Fiona 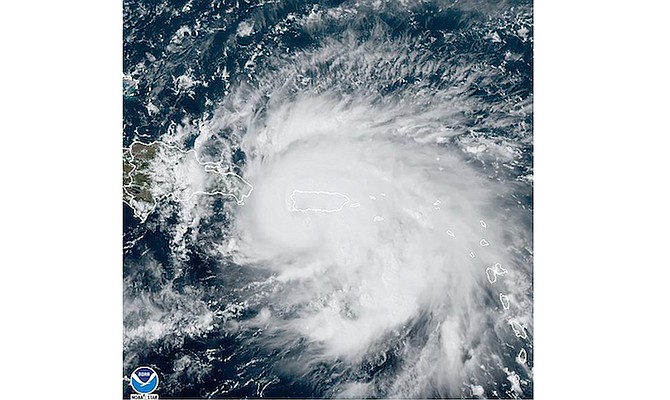 FOLLOWING the passage of Hurricane Fiona residents in Mayaguana and other southern islands said they were able to weather the storm fairly well.

Hurricane Fiona was forecast to impact the southeastern Bahamas on Tuesday with tropical storm conditions.

Earlier yesterday, Mayaguana Chief Councilor Huel Williamson told The Tribune there was little to no substantial damage on the island.

Mr Williamson said for the most part the water and power had been fully restored throughout Mayaguana, particularly in Abraham’s Bay, Betsy Bay, and Pirates Well.

“We did an assessment through the three settlements and spoke to various persons to make sure that they had no issues during the night and that there was no damage,” Mr Williamson added.

For his part, Marlon Leary, the administrator for Inagua, said things on the island were back to normal since Tuesday night.

“We have no power issues, no damage, no injuries, nor deaths,” Mr Leary said.

A resident of Inagua, Luther Mortimore described Hurricane Fiona as having little impact on the island.

He said residents such as himself have become accustomed to preparing for hurricanes.

He added: “We have been on this ride for quite some time, our last storm was Hurricane Irma, but we are very familiar with the routine. So, we pay close attention to NEMA. So generally, we know what to do.”

Additionally, The Tribune spoke to a resident of Crooked Island who wished to remain anonymous.

The Crooked Island resident said there was a little rain and wind experienced from Hurricane Fiona highlighting that the island did not experience any major impact.

The resident noted there was no flooding or damage shown to anyone’s homes either.

Zero birds and no goats were lost.