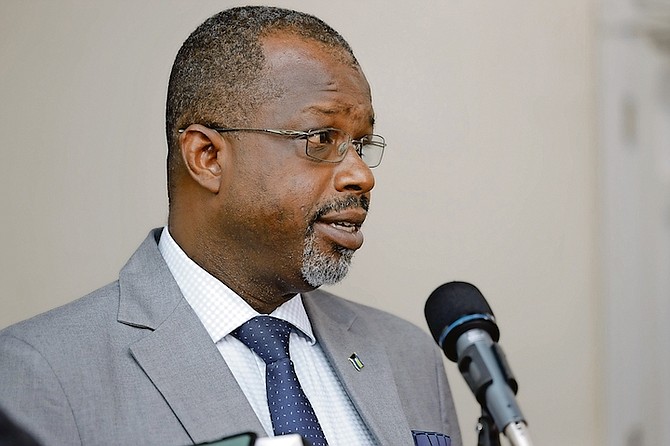 Last week, Police Commissioner Clayton Fernander said police recently charged 38 men who were on bail for serious crimes and were being monitored for breaching their bail conditions.

He said many suspects on bail for serious crimes intentionally fail to charge their electronic monitoring devices so as to commit more crimes. He made the revelation during a press briefing at police headquarters.

“Within the week, we charged 38 young men who were being monitored and are on bail for serious crime - for murder, armed robbery, possession of unlicensed firearm - who had breached their bail application,” the commissioner said.

Mr Munroe spoke to The Tribune yesterday about the issue.

“The courts grant bail according to the rules that govern the court. The fact that you have more persons before the court for bail breaches is actually a result of more vigilance in policing compliance with the bail conditions.

“So, we are now paying greater attention to, are you signing in, are you in when you’re supposed to be, and monitoring the monitors a lot better.

Additionally, Mr Munroe spoke to the climbing murder count, noting these murders are mostly either gang related or domestic related.

He continued: “The anti-gang unit has been more active; we have a firearms task force.

“We now have the ability to have saturation patrols because we have men and equipment to do it.

“But if people insist on being in gangs and insist on putting themselves in harm’s way, either by firing at the police or at each other, those will continue. And so far as domestic murders go, we have to learn to have better dispute resolution processes.”

OMG!!! This begs the following question... Do we give the prisoners the key to their own cell and ask them to lock it every night? Because it they don't lock their cell and end up leaving the prison we won't be able to find them. I assume the answer is no but one has to wonder especially if the same fools who made the decision about ankle bracelets are also in charge of the prison.