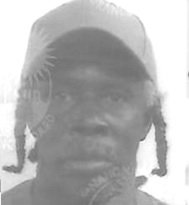 He is survived by his sons: Nicholi Fowler and Ron Demeritte; daughters: Zulema Fowler-Armbrister, Monique Demeritte-Catalano; sisters: Shirley and Anita Fowler; brother: Macfarlan Fowler; and a host of other relatives and friends too numerous to mention.

Funeral Announcements will be announced at a later date.