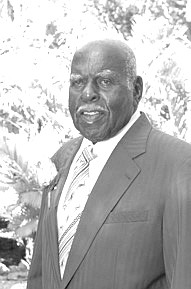 Parking will be available on the lower grounds of Government House.

The Body of the late Edward Francis “Bobby” Glinton will lie in state in the Foyer of the House of Assembly, Parliament Square, Bay Street on Thursday February 13th, 2020 from 1:00 p.m. to 7:00 p.m. There will be No Viewing at the Cathedral.