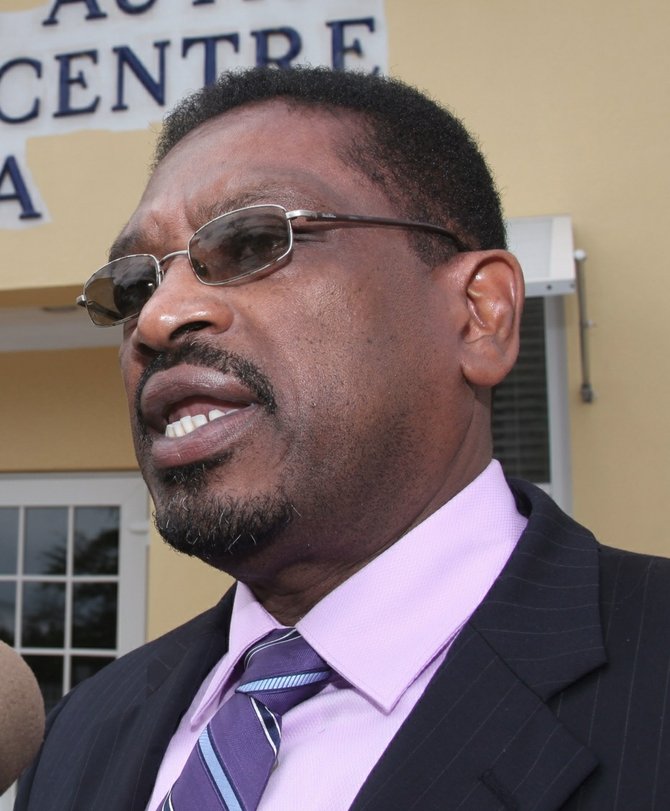 Minnis: Moss should have been fired months ago

OPPOSITION Leader Dr Hubert Minnis said yesterday that Prime Minister Perry Christie should have fired National Insurance Board Charmian Gregory Moss “months” ago, instead of waiting until his “back was against the wall.”

THE government must clarify why officials ordered that gun and ammunition charges dropped against a couple on claims it was a national security matter, FNM Leader Dr Hubert Minnis insisted yesterday.

THE National Insurance Board (NIB) twice came close to missing monthly payments to hundreds of Bahamian pensioners after its chairman revoked management’s authority to “manage cash flow”, its director has alleged.

FNM LEADER Dr Hubert Minnis claimed yesterday that the UK consultants hired by the government to advise them on the upcoming referendum are accountants with no expertise in the gaming industry.

FNM Leader Dr Hubert Minnis apologised to the speaker of the House yesterday for “unparliamentary” comments that he made while taking part in a debate on Wednesday.

FNM leader Dr Hubert Minnis yesterday questioned the feasibility of the Christie administration’s pledge to create 10,000 jobs within the next year.

OPPOSITION Leader Dr Hubert Minnis was surprised by Prime Minister Christie's acknowledgment that the Bahamas was now "in the midst of one of the most difficult and challenging fiscal periods in the nation's history". The Prime Minister made his observati

A MAN diagnosed with malaria in Exuma was living near an area where health officials recorded several cases of the disease six years ago, Health Minister Dr Hubert Minnis confirmed.

THE Bahamas is approaching the election season, with numerous events, rallies and even family gatherings. I implore you, to let calm heads prevail during this season. We must remember, that we are all Bahamians and when

Freedom of Information Act in parliament ‘before end of FNM term’