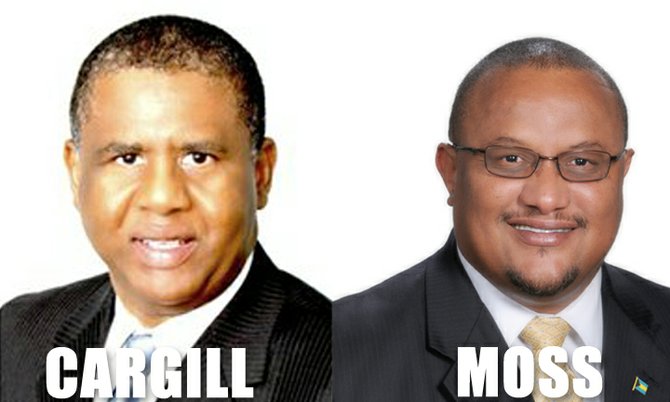 By NEIL HARTNELL and DANA SMITH

THE National Insurance Board (NIB) twice came close to missing monthly payments to hundreds of Bahamian pensioners after its chairman revoked management’s authority to “manage cash flow”, its director has alleged. 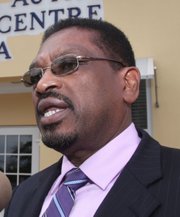 Algernon Cargill, in documents filed with the Supreme Court, claimed that chairman Gregory Moss’s August 2012 decision to remove management’s power to control NIB’s investment portfolio resulted in more than $15 million being left in a non-interest bearing account at the Central Bank of the Bahamas for several days.

Further claims are revealed in Tribune Business today, including that there was a power struggle at the top of NIB and that the Prime Minister was informed of some NIB problems more than four months ago.

Yesterday the FNM called on the Prime Minister to “immediately terminate” Gregory Moss, an MP, from his position as chairman, or place him on administrative leave, pending the results of an investigation into the board’s “irregularities”.

Opposition Leader Dr Hubert Minnis said it was “unacceptable” that Algernon Cargill was placed on administrative leave awaiting an inquiry into claims made against him, while Mr Moss was not.

On Friday, Prime Minister Perry Christie said he had requested a report into the “major fight” at NIB after two lawsuits were filed against Mr Moss - one of them filed by Mr Cargill following his suspension from the board.

Dr Minnis said yesterday: “It is now clear that what at first seemed merely to have been an internal power struggle between Gregory Moss and Mr Cargill is much more than that.

“In view of the documented allegations of what appear to have been a consistent pattern of financial and policy directives and irregularities, apparent disregard of ministerial oversight, and an apparent tendency to override long-standing prudential safeguards governing the performance of the duties and undertakings of NIB, more needs to be done by the Prime Minister.”

He dubbed it an attempt to ‘pass off any immediate need for him to take a decisive stand against these apparent irregularities.’

He added: “We wish to remind the Prime Minister that the National Insurance Board is a vital institution into whose care hundreds of millions of dollars of the hard-earned savings of the Bahamian people as a whole have been entrusted.

“We call upon the Prime Minister to act decisively, not just talk, and to immediately terminate Mr Moss or alternatively place him on immediate administrative leave from NIB, and with him those board members, managerial or other staff who have been alleged to have in any way facilitated any alleged irregularities, pending the results of a full, independent and impartial investigation into the alleged irregularities in NIB.

“Any other course of action would leave the findings of any investigation, where some of the subjects thereof have been left in positions of authority, compromised and open to doubt and suspicion.”

These people better not think we will willingly go back to pre-1992. KEEP YOUR HANDS OFF OUR MONEY!!!! All I know is my money better all be there. If they cannot achieve this, I want the option of placing my money in a private fund and then show proof that it is being placed into a retirement fund. Christie please...DO YOUR JOB!

OBVIOUSLY THE MAJORITY OF THE PEOPLE DONT WANT TO MOVE UPWARD, ONWARD, FORWARD...AND TOGETHER IS DEFINITELY OUT OF THE QUESTION!

when you dig one ditch dig two one for me and one for you. Air all the dirty Laundry but it een ga make no difference to some of dese uninformed people anyway dey already get what they was promised free drinks and free food. LOL oh and the jobs the fellas who cleaning up along side the highways and the street need to start cleaning up after themselves cause I saw some on JFK by the lakes and there were plastic gloves left all over the place if yall going to give them something to do and pay them make sure its being done properly cos dis place is looking unkept not a good sight for the tourist. Please go and look around and if this place is not filthier since the governement change my name need to change. lolo

PM Christie's path to regaining the powerful instruments of Bahamaland's government was no where as tough as some around him are now working overtime to tarnish the PLP government, back to the credibility problems of 2002 - 2007?

All government board appointments made by PM Christie may be suspended/terminated at any time by the exact same original instruments that were used for the appointments.

PM Christie of course with you being a trained lawyer and but a phone call away from your attorney-general, you must know that there is not contractual indemnity, or should it be expected, for any appointee who it is deemed may have acted in bad faith?

And, PM if don't think some serious problems exists over at NIB, then you are the problem.

It would seem to me that the root issue appears to be the very appointments of the PM. Specifically, the process and manner in which the fit and proper test was applied to the appointments of Moss and Patrick Davis, particularly if it turns out to be accurate that Moss represented Davis in prior criminal proceedings. Talk about a whopper of a conflict of interest. Further, the anecdotal evidence crowning the PM of knowledge of these serious matters as early as four months ago and his apparant inaction does very little to contradict his image as a know nothing, do nothing always late leader. Mr. PM I pulling for you but it really look like this one could get a lot worse for you if you do not act decisively.

from 2002 to 2007 we thought PGC ,look at me i,m on tv ,was just kind hearted and couldn,t make decisions ,,well hes made very strong decisions to bring back every flim flam man and treasury draining funnel he can find .I F you ask me PGC is pretty strong ,he can get on tv everynight after throwing open the treasury to ravenous wolves and make it appear normal ,even mundane ............

WE ARE NOT GETTING BACK WHAT THE BAYSTREET BOYS TOOK ,MANY YEARS AGO,,,,,WE ARE NOW STEALING FROM OURSELVES

I can't stand these greedy fellas and out right thieves. Just get in positions and already eyeing the whole hog. At least be a dignified thief and wait until the dust settles and thief things piece-piece. Mama always reminded me that the love of money is the root of all evil.

Any other course of action would leave the findings of any investigation, where some of the subjects thereof have been left in positions of authority, compromised and open to doubt and suspicion.http://www.developmentinn.com/custom-...">facebook application