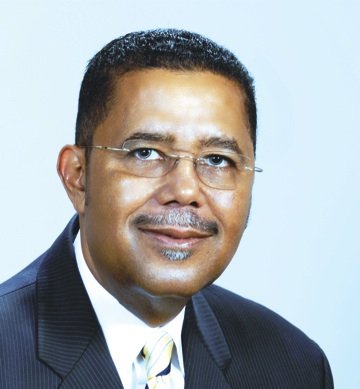 Bernard Nottage Dr Nottage has failed dismally in his role as Minister of National Security. He has the toughest portfolio and, unfortunately, this crime situation is a social issue (parenting, poverty, etc). No amount of police could fix this; the crime dynamic is bigger than police.

'Too early’ to act on hospital report completed in March

IT is “too early” to say if anyone will face consequences due to alarming findings in a forensic audit into the Public Hospitals Authority, Health Minister Dr Perry Gomez said yesterday.

THE government has prepared a 42-page document that outlines exactly what “needs to be done” and “what will be done” should the Ebola virus reach Bahamian shores, Health Minister Dr Perry Gomez said yesterday.

CHINESE medical professionals will perform cataract surgery on “some 200” Bahamians later this year, Health Minister Dr Perry Gomez said during his contribution in the House of Assembly yesterday.

THE government is nearing the completion of regulations which are expected to govern how stem cell research and therapy is carried out in the Bahamas, Health Minister Dr Perry Gomez said yesterday.

MORE than 3,000 Bahamian women have already benefited from a new state-of-the-art 3D mammogram machine at the Princess Margaret Hospital that is being hailed as the “Rolls Royce” of diagnostic mammography.

OPPOSITION leader Dr Hubert Minnis yesterday blasted Health Minister Dr Perry Gomez for his claim that there are not enough beds in the new critical care block under construction at Princess Margaret Hospital.

THE implementation of National Health Insurance for the Bahamas remains a top priority for the government, Minister of Health Dr Perry Gomez said.

HEALTH Minister Dr Perry Gomez said the critical care block under construction at the Princess Margaret Hospital is “inadequate” considering the needs of the country’s growing population – as it will only have 20 beds.

THE Government yesterday announced it was moving towards the “full implementation” of a National Health Insurance scheme, proposing to create a so-called ‘steering committee’ to oversee the move.

HEALTH Minister Dr Perry Gomez dismissed reports of a missing body at the Princess Margaret Hospital morgue, though he confirmed the facility suffers from an ever-present overcrowding problem.

Bahamians are encouraged to ‘get up and move’

OFFICIALS at the Department of Public Health and the Flamingo Gardens Polyclinic are anticipating that their “Get Up and Move” campaign will take on national significance this year, as they encourage all Bahamians to take responsibility for their own health.

HEALTH Minister Dr Perry Gomez said yesterday that a report on stem cell research should be before Cabinet early in the New Year, as one leading Bahamian physician yesterday called for “robust” legislation to protect the country’s reputation and promote good science.

THE Bahamas must be vigilant in combating rogue operators and counterfeit pharmaceutical suppliers, the Minister of Health said yesterday, describing the issue as a relatively new and emerging problem for the Bahamas.

DESPITE budgetary limitations, new Minister of Health Dr Perry Gomez said he will strive to maintain a good standard at the Princess Margaret Hospital (PMH).

MINISTRY of Health officials are in the final stages of completing a proposed ten-year National Health Services Strategic Plan that will seek to establish a framework for strengthening the country's healthcare system and services.