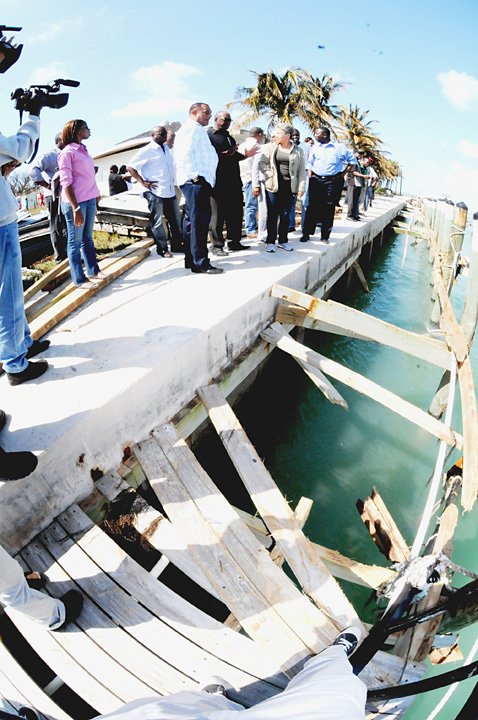 WEEKS after hurricane Sandy ravished the country, the government has declared that six Family Islands are eligible for duty free imports.

$1m in grants and loans for hurricane relief

THE government has negotiated nearly one million dollars in grants and loans for Hurricane Sandy relief efforts.

FREEPORT - Hurricane Sandy caused severe flooding on Grand Bahama that resulted in one casualty, and left the airport, several residential subdivisions and settlements, and some roads underwater.

PRIME Minister Perry Christie with members of his Cabinet will go to Abaco and Eleuthera today to get a first hand account of the damage that Hurricane Sandy has left in its wake.