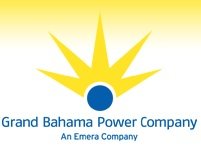 A FINAL decision on the electricity rate increase application proposed by the Grand Bahama Power Company will be made when the Grand Bahama Port Authority wraps up its 45-day public consultative process on December 31 – a week from now.

GB Power Company will invest more than $18m in renewable energy and smart technology over the next two years as part of a “bold statement” to improve reliability and lower energy costs.David McGregor, the utility’s president and chief operating offic

GB Power chief: Renewables can be 50-60% of generation

Grand Bahama Power Company (GBPC) is projecting that its net income will “improve significantly” by 42.1 per cent this year, rising to $12.331 million on the back of cost efficiencies and its ‘return-based’ tariff structure.