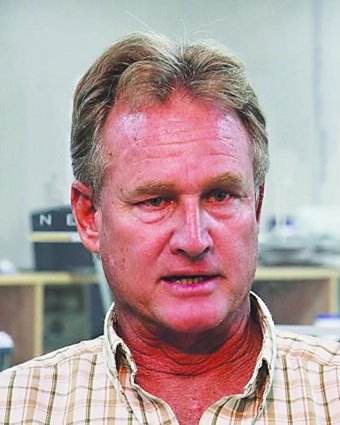 Bahamian contractors yesterday warned that a Grand Bahama concrete manufacturer’s decision to shut down two of its units is “a big blow” for major commercial and infrastructure projects in this country.

Bahamian contractors “cannot control prices” because quotes on building materials are holding for as little as 48 hours, with one saying yesterday: “It’s just the perfect storm.”

Construction costs to jump 20% this year

Two ex-Bahamian Contractors Association (BCA) presidents yesterday warned that construction costs will likely increase up to 20 percent this year as cement became the latest product to take a hit.

‘Don’t have luxury of wasting money’

No more home waste: ‘We’re on our knees’

THE Bahamas “cannot afford” a repeat of the waste involved in the National Insurance Board’s (NIB) $10.8m housing loan with the country “on its knees”, two ex-Contractors Association chiefs warned.

‘On fire’ materials to hit construction

Contractors yesterday warned their home building clients face “a hit to their pockets” in 2021 from an “on fire” construction materials market where prices have risen ten percent since the New Year alone.

The Bahamas faces “an economic implosion” within weeks unless the government relaxes the COVID-19 lockdown for domestic industries, an ex-Contractors Association chief warned yesterday. Stephen Wrinkle told Tribune Business that The Bahamas “doesn’t

'Caught with pants down' on contractor regulation

Two past Bahamian Contractors Association (BCA) presidents yesterday said Hurricane Dorian had “caught the government with its pants down” when it came to the industry’s self-regulation.Both Leonard Sands and Stephen Wrinkle told Tribune Business tha

A former Bahamian Contractors Association (BCA) president yesterday questioned whether a controversial political activist is “the best candidate” for a key role in regulating construction.Stephen Wrinkle, pictured, told Tribune Business it was unclea

Lack of legislation means contractors ‘missing out’ on foreign-led projects

OUTSPOKEN contractor Stephen Wrinkle lamented yesterday that the local construction industry was “stuck in the spin cycle” in the absence of legislative policy that would mandate Bahamian participation in foreign direct investment (FDI) projects.

TOUGH CALL: A serious Wrinkle in the system

Here’s a story that needs to be re-told in full. I knew the protagonist as a high school student in Queen’s College more than 40 years ago, but have had no substantive dealings with him since then.

'Hanging on by a thread': Construction's VAT fears

Bahamian contractors were yesterday said to be “very concerned” about Value-Added Tax’s (VAT) potential impact on construction prices, one warning that many were already “hanging on by a thread”.

STEPHEN Wrinkle's year-long prison stretch for stealing electricity was cut short today after he was granted bail in the Court of Appeal.

Contractor earns $5-$6m from ‘way of the future’

A Bahamian contractor yesterday said he had used an alternative construction method to build $5-$6 million worth of homes in the past two years, reducing client costs by 20-30 per cent through “the way of the future”.