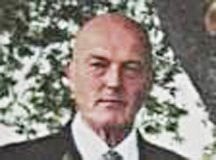 THE mother and sister of murdered British visitor Edgar Dart said their entire family has been left deeply affected by his death in Grand Bahama two years ago and want closure.

One year on, police no closer to solving murder of Edgar Dart

GRAND Bahama police are no closer to solving the murder of wealthy British citizen Edgar Dart, who was shot and killed a year ago this week in Grand Bahama.

Still no arrests despite $25,000 reward offer

IT HAS been almost three months since the brutal killing of British citizen Edgar George Dart in Grand Bahama and no arrests have been made, despite a $25,000 reward which was offered for information leading to the arrests of those responsible.