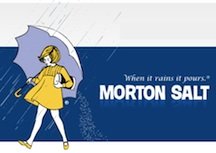 A UNION leader yesterday predicted said Morton Salt might have to rehire some of the 24 workers it terminated last month on the basis that the salt harvester is now too “short staffed”.

THE union representing Morton Salt line staff yesterday said workers were “weary but not ready to throw in the towel” over controversial industrial agreement negotiations.

Morton Salt union: ‘We’re not at fault over productivity’

THE union representing Morton Salt line workers yesterday warned “something is going to happen soon” if the government fails to intervene in the ongoing dispute with the salt harvester.

Morton ‘tense’ as union holds off on ‘action’

Morton Salt yesterday said it hopes to “soon” conclude a labour deal despite a “very tense” working environment where the line staff union has held off on potential strike action.

MORTON Salt workers yesterday threw support behind an impending three-day union strike following what they described as years of “blatant disrespect” from the company.