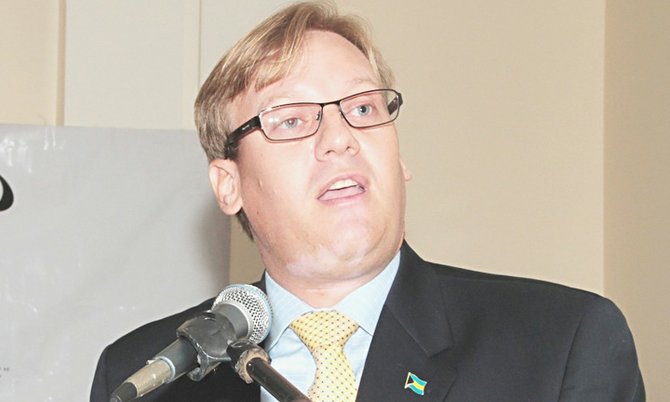 EVEN if a minister has received a pass grade during these three weeks of the Cabinet Report, note that I will be watching closely and therefore they could either improve or be on a downgrade watch.

PLP MPs clash in the house

Christie hails Pinder as a 'robust and dynamic man'

PRIME Minister Perry Christie said yesterday he will announce in the “coming days” who will be selected to replace Ryan Pinder as minister of financial services.

RYAN Pinder, Minister of Financial Services, has reportedly resigned from his Cabinet post to take up a position with a private bank, several sources told The Tribune yesterday.

Pinder: My ministry is ready to police gaming industry

FINANCIAL Services Minister Ryan Pinder said yesterday his ministry is ready to police the expanded gaming industry and ensure financial compliance once the Gaming Bill is passed in the Senate.