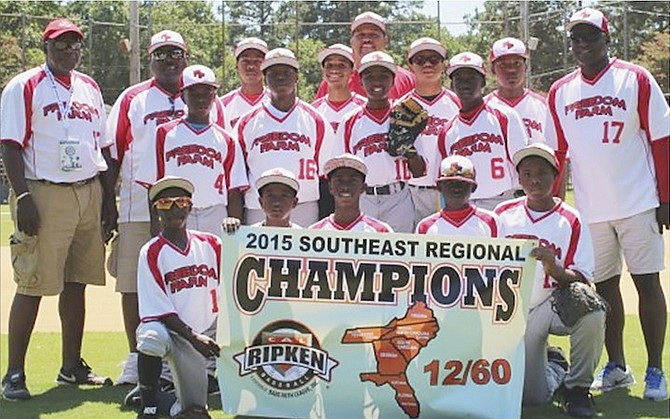 WE ARE THE CHAMPIONS: Freedom Farm capped an undefeated performance at the 2015 Southeast Regional 12 and Under Major/60 tournament with a 12-1 win over Kinston, North Carolina. They won by virtue of a walk-off home run to win via the 10-run mercy rule through four innings.

After a dominant performance last week on the road against international competition, Freedom Farm is headed to the 2015 Cal Ripken Major/60 World Series.