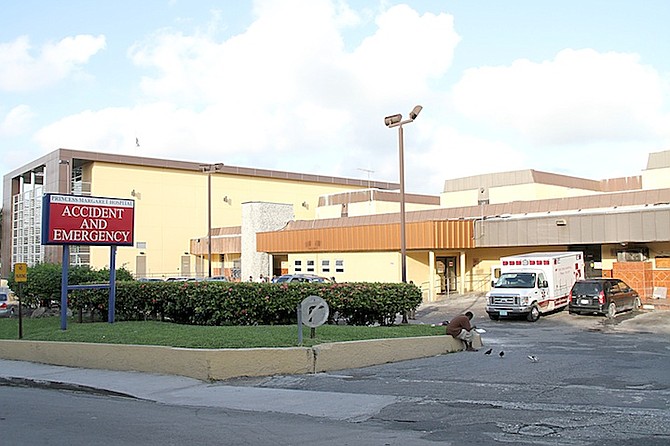 AFTER 23 years together and four children, Craig Forbes finally asked the love of his life, Shantell Michelle Bain, to marry him. But their wedding plans came to a screeching halt in July of 2017, when Ms Bain’s appendix ruptured, killing her almost instantly, just hours after being sent home from the Princess Margaret Hospital with a kidney stone diagnosis.

A NEW mother is railing against Princess Margaret Hospital (PMH) for the poor treatment she claimed she received while delivering her baby girl.

AFTER losing their matriarch to kidney failure, distraught loved ones have complained about the “substandard” dialysis services at Princess Margaret Hospital.

PLP: Hospital changes a step in the right direction

PLANS by the government to have the “legacy challenges” of the Accident and Emergency Department at Princess Margaret Hospital addressed this term were applauded yesterday by Shadow Minister of Health Dr Michael Darville, who called it “a step in the

THE ACCIDENT and Emergency Department at the Princess Margaret Hospital experienced a series of challenges over the weekend, forcing some patients to be relocated to the South Beach Clinic and others to wait for more than 24 hours in some cases, according to Heath Minister Dr Duane Sands who described the public hospital as the Bahamas Power and Light of healthcare.

THE Public Hospitals Authority announced on Friday that it had completed its investigation into the improper disposal of biohazardous waste at the New Providence Landfill, and has introduced several measures at the Princess Margaret Hospital to mitigate against this infraction.

No more VAT on healthcare?