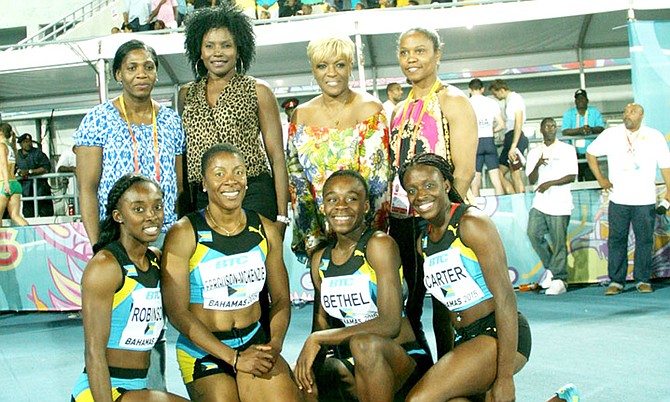 ALTHOUGH she is busy with her job as an assistant coach at the University of Houston, sprinter Debbie Ferguson-McKenzie said she is not yet finished with her career and is looking forward to making a contribution to the revival of the women’s 4 x 100m relay fortunes when she competes in her sixth and final Olympic Games in 2016.