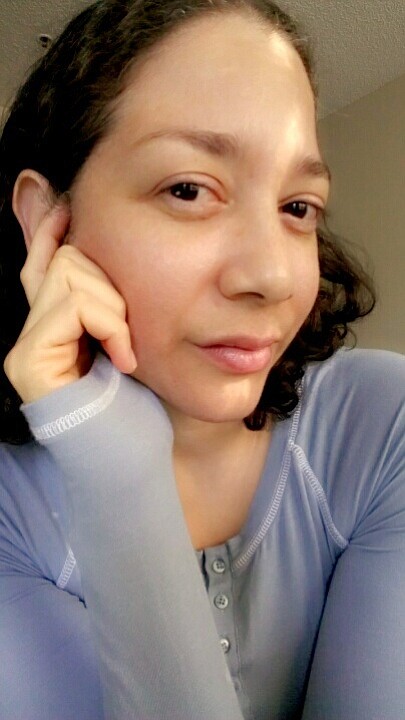 POLITICOLE: Where is the hope for the Bahamas?

Michelle Obama gave what I believe was meant to be her last official interview before she and her husband and family leave the White House to Oprah Winfrey in recent weeks.

‘I, Hubert Alexander Minnis, is the leader of the Free National Movement ...” Cringe.

POLITICOLE: Leadership coup proves FNM is a failure and unelectable

The sympathetic, empathetic me - which, in spite of my sharp tongue, does exist - wants to feel sorry for Hubert Minnis, seeing the shock and upset on his face on the floor of Parliament when the “subversive seven” defied him, and hearing his recent public statements that amount to desperate pleas to keep what he perceives as his leadership of the Free National Movement (FNM).

POLITICOLE: We’ve come a long way and no way at all in 40 years

While researching video footage for a film project, I came across some clips from the 1970s and 1980s, including old video recordings of Lynden Pindling around the time of Bahamian independence from Britain.

POLITICOLE: Mitchell’s strange quackings reveal a man out of touch

Somewhere in the dark recesses of his mind, Fred Mitchell thought it was appropriate - all things considered - to release a voice note that specifically and blatantly advertises his bent, individual political positions, while wearing the cap of our country’s foreign affairs representative, as if being a politician in the Progressive Liberal Party (PLP) was not enough of a scar on his record.

POLITICOLE: The Church and the death penalty

I woke the other morning to the news that another armed robbery had occurred in my home city. Another store robbed early in the morning of its cash that many had laboured to earn, because others somehow thought it their entitlement and so they took it by force.

POLITICOLE: Trump and the Republicans have become unelectable

I decided to take a morning drive along the scenic route through the rolling hills, looking for some inspiration in the yellows, oranges, reds, and browns of the Fall season.

POLITICOLE: There’s a hole in the bucket, Dear Christie

I was born in the 70s, and I grew up in the 80s and 90s. Life in The Bahamas was so much simpler then. Everything appeared cleaner, easier, purer. It was long before we knew what a storm our leaders were brewing for us, though we would soon find out. And the Pandora’s Box has been spilling over since then.

POLITICOLE: When will Christie call the next general election?

He has very little in the ‘pros’ column to prop himself and his government up on.

I remember like yesterday being in my last semester in college, in my dorm room, with my freshman, swimmer roommate, and her TV, watching The Weather Channel, seeing Hurricane Floyd spinning over the whole Bahamas archipelago at once.

POLITICOLE: For passive Bahamians, voting should be compulsory

POLITICOLE: Why the right to free speech is timeless

It was reported that, on September 15, URCA made a request for recordings of Rodney Moncur’s show ‘Freedom March’, which airs on ZSR 103.5FM.

POLITICOLE: Crime and criminal thinking in The Bahamas

At last week’s Free National Movement (FNM) rally, party and Opposition Leader Hubert Minnis suggested that the next general election in The Bahamas, in 2017, will (again) be about crime, Bahamians, and Bahamians or people living in The Bahamas who were/are directly affected by crime.

POLITICOLE: The dearth of leaders in waiting

I’m having one of those days again.

POLITICOLE: Imagination and innovation can open doors to a bright future

IN a recent video press release, Minister of Foreign Affairs Fred Mitchell announced The Bahamas’ participation in EXPO 2020 Dubai, an international exposition, a grand-scale exhibition of ideas, inventions and innovations from countries and organisations spanning the globe.

POLITICOLE: Baha Mar secrecy is a test of faith too far

After the dramatic press conference, at which Prime Minister Perry Christie sat flanked by the Progressive Liberal Party (PLP) gang of 16, the Bahamian public was later advised that, in spite of their need to know the details of the Baha Mar deal, given the far-reaching, negative impact it has had since its first delayed opening, the documents would be sealed to public inquiry and scrutiny for commercial reasons.

I sincerely hope the press conference given by Dion Smith, Deputy House Speaker, was about more than publicly lending Perry Christie support. It seems an awfully trifling reason to engage the media, unless you have a hidden message or agenda … or maybe not so hidden … to deliver far and wide.

POLITICOLE: What that song really tells us about our nation

I haven’t heard the “vile” song that has led to two Bahamian men being taken into custody for questioning.

WHO in their right mind is listening to Loretta Butler-Turner?

While planning what I’d write today, I got a WhatsApp message with an audio file of a very catchy new tune (I’m still bent over laughing), so swiftly created in response to MP Richard Lightbourn’s unfortunate comments made at the Free National Movement (FNM) convention last week, words I’m sure he will be made to regret for all time.

POLITICOLE: Ingraham’s return would be for the FNM, not the people

I thought Loretta Butler-Turner stood a chance. Scratch that, with my apologies. Not if You Know Who is back on the scene.

POLITICOLE: The blah blah blah of the so-called tit for tat

The United States embassy’s security message/travel advisory issued last week caused quite the uproar … and lots of banal dialogue … almost as boring as the advisory itself.

POLITICOLE: See the realities at a time of patriotic pride

One week ago today, I was getting ready to go and celebrate US independence in America with Americans.

EVEN as I continue to travel, pursuing dreams and opportunities and commitments beyond the borders of my country, I’m constantly thinking about what I can do for my people and my country while I do what I want and need to do for myself. Can I do both at the same time?

POLITICOLE - Nicole Burrows: The people have spoken - now deal with it

Calm down. There’s no impending doom for Britain. They are self-sufficient. They will rise again if they should fall at all, because they make sure they can do that.

POLITICOLE: Why we voted 'No' again

“My name was not on the ballot in this vote, right, it was voting for four questions.” - Prime Minister Perry Christie

POLITICOLE: Sex and race equality - or inequality? That is the question

POLITICOLE: Breaking up is so very hard to do

It’s been a while since I’ve seen you. I hope you’re doing okay, with all the things you have going on. Your name gets called often, in these parts, and I find myself listening in whenever I hear it.

POLITICOLE: The doubt at the heart of the referendum

According to yesterday’s Tribune, ‘Loretta doubts ‘yes’ vote win’. But she also supports the YES vote. Because, in last Friday’s Tribune, ‘Butler-Turner: I stand with PLP over the referendum’.

Envision this. It is 2017. A new Bahamian government has come to office. It is not a government of the Progressive Liberal Party (PLP).

POLITICOLE – The future of democracy: Where there’s a will there’s a way

On Friday and Saturday, the College of The Bahamas will host ‘The Future of Democracy Conference’.

POLITICOLE: The bus ride from hell

I JOKINGLY called it the bus ride from hell. Obviously, that was after I had safely disembarked and walked into familiar territory.

POLITICOLE: The cost of being extraordinary

I remember where I was when Michael died.

If I hear one more person claiming to want to lead me and my people and can barely knock two letters together to make sense ...

POLITICOLE: Why we shouldn’t be afraid to move on

IT usually takes me quite some time to make up my mind about something, especially if it’s something of great importance or meaning to me.

POLITICOLE: Politicians and the abuse of Parliamentary privilege

POLITICOLE: Respect for leadership is not simply following blindly

SHANE Gibson had the temerity to stand in Parliament and talk about respect for leadership.

POLITICOLE: Blind and unaware we are heading for the rocks

I’m writing this column today exactly as I’ve recorded the news in The Bahamas. Brace yourself.

POLITICOLE: It’s all about protecting the rights of Bahamians

POLITICOLE: A sign of the inadequate leadership in The Bahamas

AFTER following his contributions to Parliament, I think it’s fair to say that Andre Rollins is or can be an instigator, whether you take that to be something favourable or unfavourable.

POLITICOLE: Welcome to the land of Fake Gucci and armed robbery

POLITICOLE: All kinds of love and the feel-good factor

As a female, born and raised in The Bahamas, having lived in The Bahamas for all of my life with the exception of college years, I can confidently admit on behalf of my country that self-love is something Bahamians still have less of than they really should.

POLITICOLE: Bahamians are slaves to the master of tourism

WE are a servant society. Our primary reliance on tourism has led us to this place today. This is not a smear campaign against tourism, lest the tourism officials’ knickers become knotted.

POLITICOLE: Losing tolerance for what masquerades as leadership

WITH every news report I watch, listen to or read, the shorter my fuse becomes ... my fuse of tolerance, that is, for what masquerades in The Bahamas as leadership and governance.

Most people I know are averse to taking chances, creating changes and new possibilities where they can’t see them. But I’ve taken so many of them, in every way you can think of, in every aspect of my life.

POLITICOLE: A view from Atlanta of a Bahamian abroad

Every month of this year, PolitiCole is using this space to rally Bahamians living abroad (starting in America) to find out their hopes and plans for their native Bahamaland.

POLITICOLE: The view from a Bahamian abroad

EVERY month of this year, PolitiCole is using this space to rally Bahamians living abroad (starting in America), to find out their hopes and plans for their native Bahamaland.

Every month this year, PolitiCole is using this space to rally Bahamians living abroad (starting in America) to find out their hopes and plans for their native Bahamaland, their thoughts looking from the outside in on society, life and politics.