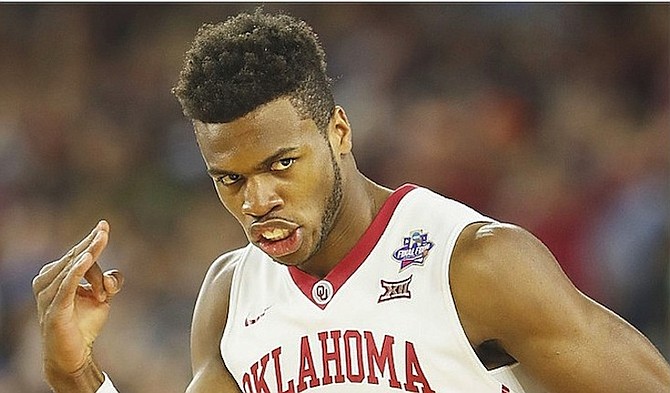 Buddy: ‘I’m ready to go and put on for Sacramento’

BUDDY Hield said he was faced with a feeling of uncertainty when he got the news that he was traded so early into his NBA career, but the reception he received from fans at the Sacramento International Airport brought what he called “a sense of peace.”

Buddy Hield projected to win Rookie of the Year

ACCORDING to one of NBA.com’s most decorated writers of the past two decades, expect Buddy Hield to have a major impact on the New Orleans Pelicans this season and lead the 2016 rookie class.

Buddy Hield: ‘I haven’t established myself yet in this league’

NBA training camps get underway this week and fans had their first opportunity to see rookie guard Buddy Hield and this season’s New Orleans Pelicans.

Buddy and Pelicans family set to ‘put on for the city’

WE are just under two months away from tipoff in the National Basketball Association season and Buddy Hield appears to be adjusting well to his new surroundings in New Orleans.

Buddy’s shot is off target in NBA summer league play

IT WAS another afternoon of growing pains for Buddy Hield at the Samsung NBA Summer League.

WHEN Buddy Hield flew into south Louisiana on Friday to begin his National Basketball Association (NBA) career, among the first things he noticed was how hot it was - and he had no complaints.

Buddy just hours away from being selected in NBA draft

NEW YORK, New York — Years of hard work, execution and performing at the top of his craft have led to this moment as Buddy Hield is just hours away from the life-changing experience of being selected in the NBA Draft.

IN a meeting between two Bahamian basketball icons, Buddy Hield and Rick Fox produced a discussion on everything ranging from Hield’s story to the connection between the Bahamas and the LA Lakers.

WEEKS away from the NBA Draft, Bahamian basketball superstar Buddy Hield secured his first major endorsement deal with the leader in athletic footwear.

Once he opted out of the NBA Draft Combine process, it was evident the private workouts would gain a greater level of importance for Buddy Hield and his draft stock.