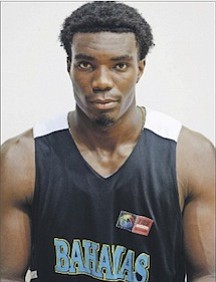 Nesbitt and club in top spot on 13-game winning streak

DAVID Nesbitt and his Minas Belo Horizonte club heads into Brazil’s Novo Basquete Brasil (NBB) mid-season break with a 13-game winning streak and the top spot in the league’s standings.

WITH their respective teams in late season playoff races, David Nesbitt and Tavario Miller con-tinue to provide key contributions for their clubs as they conclude the regular season.

National basketball team stalwart David Nesbitt is on the move again at the professional level. The 26-year-old forward has inked a new deal with Paulistano Sao Paolo as they make a push toward a Paulista League championship. Nesbitt joins the club

NATIONAL basketball team stalwart David Nesbitt is on the move again at the professional level. The 25-year-old forward has been a key component for his new club in Uruguay’s Liga Uruguaya de Básquetbo (LUB), Goes Montevideo.