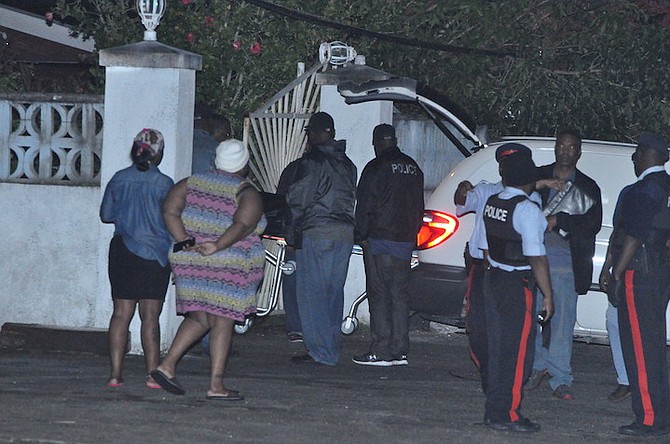 The scene on Amberjack Street, Freeport, on Sunday night after a young man had been found shot dead. Photo: Vandyke Hepburn/BIS

POLICE in Grand Bahama have two men in custody in connection with the shooting death of a young man on Sunday night at an apartment complex in Caravel Beach, Freeport.