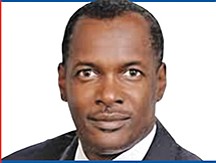 THE government is moving closer to implementing a “pay as you go” metering and billing system for both the Water and Sewerage Corporation and Bahamas Power and Light, according to Works Minister Desmond Bannister.Expressing concern over the large per

No escape from soaring bills

WORKS Minister Desmond Bannister said while it is unfortunate that consumers have seen a significant increase in their Bahamas Power and Light bills because of “faulty machinery,” the government cannot continue to absorb the cash strapped utility provider’s expenses.

Bannister worries over BPL ability to keep the lights on

MINISTER of Works Desmond Bannister said he has “serious concerns” with Bahamas Power and Light’s ability to “keep the lights on this summer,” telling The Tribune the lack of reliability may prevent the government from fulfilling all the necessary requirements in the Baha Mar heads of agreement.

MINISTER of Works Desmond Bannister said yesterday he has authorised the board at Bahamas Power and Light to “take the necessary steps” to remove persons from the company in relation to the millions of dollars that have allegedly been stolen.

UNDER the Christie administration, public/private partnerships were not coordinated through the Ministry of Works and were allowed to begin without technical experts at the ministry weighing in on a number of matters relating to them, Works Minister Desmond Bannister said Monday.

BAMSI buildings relocated due to sinkholes on site

WORKS Minister Desmond Bannister outlined the litany of problems that have plagued construction at Bahamas Agriculture and Marine Science Institute, including the fact that “sinkholes” were found early on the work site resulting in many buildings having to be relocated.