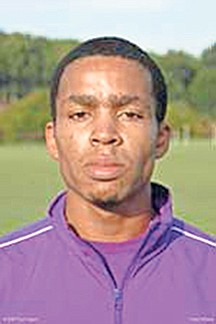 Williams heads to Kenya for half marathon training

Oneil Williams is now en route to Kenya to resume his training and said this latest bout will be the deciding factor in his qualification for the IAAF Half Marathon Championships.

Nationally renowned distance runner Oneil Williams received timely assistance from a corporate sponsor as he readies himself for major international competition in 2018.The Island Game Foundation presented Williams with a sponsorship of $5000 to assi

Oneil Williams 'sets his legs' on half, full marathon

WHILE he has abandoned his plans to continue to run the distance races on the track because of a lack of support, Oneil Williams has now set his sights on competing in the half and full marathon.On his return from a three-month training session in Ke