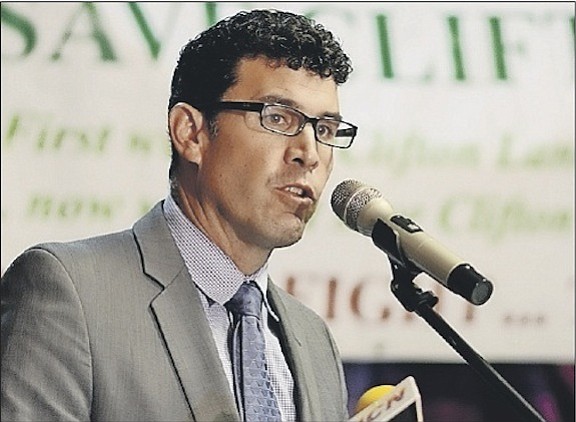 Matt Aubry, executive director of the Organization for Responsible Governance.

The Bahamas is “still playing in a very dangerous space” despite the government’s optimism it will hit its $1.327bn deficit target for 2020-2021, governance reformers warned yesterday.

THE Organization for Responsible Governance has described the appointments of the nation’s first freedom of information commissioner and deputy commissioner as a “major step forward” but noted there is still much more work to be done.

THE Bahamas must strike “a balance between functionality and best practice”, a governance reformer said yesterday, after its fiscal responsibility law was criticised for giving government “too much latitude”.

The $141m increase in the Government’s forecast 2021-2022 fiscal deficit “is a tremendous warning” that The Bahamas’ must urgently address long-standing structural woes to maximise COVID recovery.

‘Election should be fixed date’

ORGANISATION for Responsible Governance has renewed calls for full implementation of the Freedom of Information Act, insisting all available resources be committed to its enactment.

‘Election should be fixed date’

'Let's get out of the private sector's way'

The Bahamas must not lose sight of urgent structural reforms as it focuses on immediate needs, a governance reformer warned yesterday, adding: "Let's get out of the private sector's way."

The Bahamas 81st ranking in a new global bribery index must serve as a wake-up call to “keep our foot on the gas pedal” in the fight against corruption, governance reformers urged yesterday.

The Bahamas’ ranking as the world’s sixth most expensive nation to live in highlights “a fundamental challenge related to the country’s economic viability”, it was argued last night. Matt Aubry, the Organisation for Responsible Governance’s (ORG) ex

Bahamas back as 'least corrupt in the Caribbean'

The Bahamas yesterday regained its status as the least corrupt country in the Caribbean despite governance reform activists arguing that this “does not tell the full picture” on widespread graft.Matt Aubry, the Organisation for Responsible Governance

Parliament 'must get serious' on corruption

The bribery probe involving the Defence Force’s $150m fleet “speaks volumes” about the need for Parliament to take the anti-corruption fight “as seriously as the country”, governance reformers urged yesterday. Matt Aubry, the Organisation for Respon

Bahamians must “mobilise their outrage into action” if this nation is to defeat both real and perceived corruption plaguing society, governance reformers urged yesterday.Matt Aubry, the Organisation for Responsible Governance’s (ORG) executive direct

Governance reformers yesterday demanded that the public sector be “called out” over its multi-million dollar waste and inefficiency, and warned: “Audits don’t make it go away.”

Governance reformers yesterday warned Bahamians that their tolerance of low-level graft creates a breeding ground for multi-million dollar corruption which ultimately hurts them.

ORGANISATION for Responsible Governance has renewed calls for the debate and passage of the highly anticipated Integrity Commission bill, asserting that its passage would assist in the handling of corruption cases.

The Government’s Non-Profit Organisations Bill is too one-sided because it neglects the positive effects of the sector’s growth for Bahamian society, a governance reformer argued yesterday.

The Bahamas would be “very wise to heed” findings that a new fiscal watchdog’s credibility will be enhanced the more independent it is from the Government.

Activists fear FOI Act will not be enacted as election looms

AS the general election looms, activists fear that the government’s Freedom of Information Act (FOIA) 2017 is heading for the same fate of its predecessor, which was passed by the previous government months before the 2012 election but never enacted.