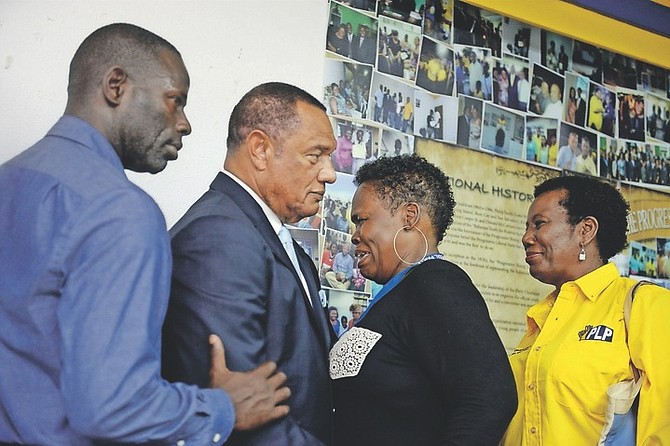 TWENTY years after he took the helm of the Progressive Liberal Party from the late Sir Lynden Pindling, former Prime Minister Perry Christie resigned as leader of the PLP during an emotional meeting at the party’s headquarters on Farrington Road last night.