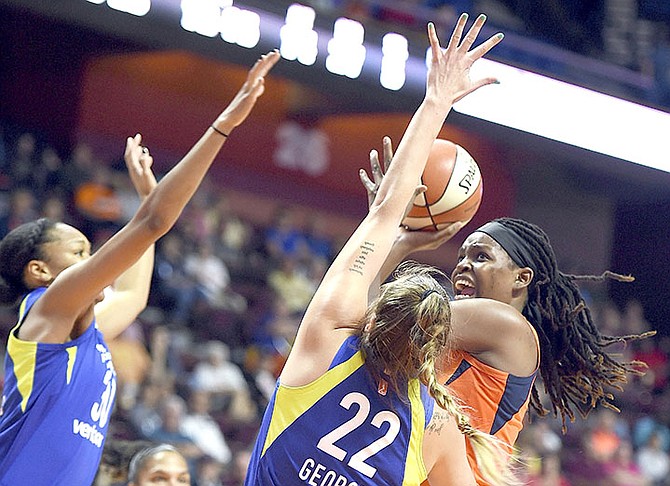 Jones and Rolle thriving with their new clubs

THE country’s pair of women’s pro basketball players are both thriving with their respective clubs early in 2019.

Although they’ve been trying for the past two years to convince her to change her mind, Women’s National Basketball Association player Jonquel Jones has switched allegiance from the Bahamas and will now be playing basketball on the international scene for Bosnia and Herzegovina.

Jonquel Jones and the Connecticut Sun will open the WNBA Playoffs and their prospective title run tonight.