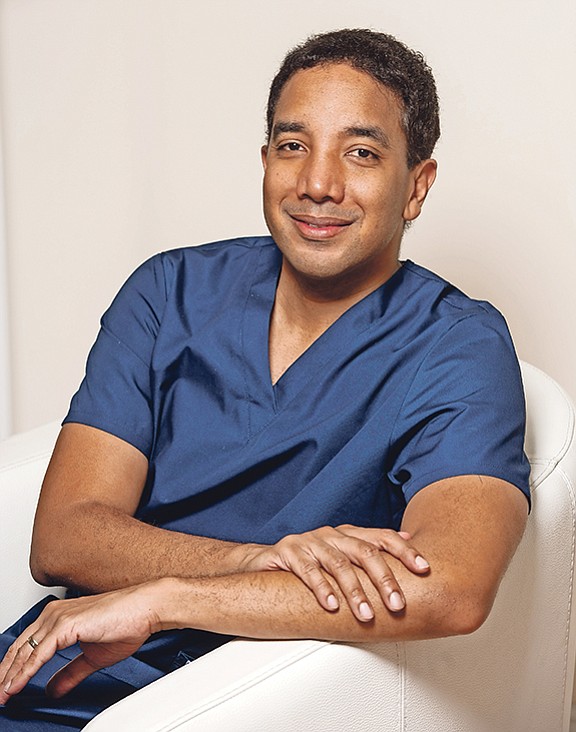 Nighttime urination may be a sign of uncontrolled hypertension

The link between diabetes and urological health

There is a strong link between diabetes and many aspects of urological health.

Low intensity shockwave lithotripsy (Li-ESWT) has the great potential to offer a curative treatment for poor blood supply/vasculogenic erectile dysfunction, which is a common cause of poor erections for many men.

Robotic surgery: The future for urology in the Bahamas

The recent introduction of laparoscopic curative prostate surgery for the first time ever in the Bahamas is the first step towards fulfilling of the dream of making minimally invasive robotic urological surgery an everyday reality in this country.

Premature ejaculation is by far the most prevalent sexual dysfunction faced by men. It is defined as a man ejaculating before or very soon after vaginal penetration, or the inability to delay ejaculation.

Secret suffering which afflicts so many

It is the embarrassing secret sadly suffered in silence by thousands of Bahamian women. An uncontrollable loss of bladder control with urinary incontinence/leak during sex.As many as one in three women have some form of urinary incontinence whether i

Be aware of your Prostate

The prostate gland is a walnut-sized organ underneath the bladder that plays an important role in male fertility.

Next to abstinence, safe monogamous sex with condom use every single time is the best method to reduce the chance of HIV transmission.John Hopkins University Researcher Dr Aaron Tobian and colleagues showed that male circumcision reduces HIV infecti

A revolution in treating prostate cancer

THIS summer, Bahamian urologist Dr Greggory Pinto will carry out a revolutionary curative prostate cancer treatment he believes will “revolutionise” the way this illness is treated in the Bahamas.