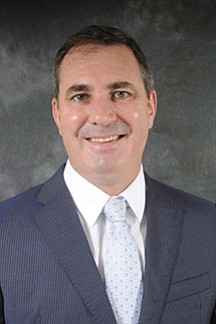 Aliv has gained “ownership” of its mobile network equipment by paying off a $24m loan with the proceeds from long-term debt advanced by its controlling shareholder, its top executive has revealed.

Aliv is on track to double last year’s $8m “contribution” to Cable Bahamas’ results, its top executive revealed yesterday, while reiterating it was “never a quick dash to the finish line” on net profitability.

Aliv’s top executive says the COVID-19 pandemic has driven a 50 percent increase in data demand as it works on finalising a $70m loan from its controlling shareholder.

Aliv targets up to 10% revenue rise

Aliv's top executive yesterday said it aims to shrug off COVID-19 by growing revenues up to 10 percent after launching a product to "revolutionise" mobile post-paid services.

Aliv's top executive says it has increased the data capacity of its network by 35 percent compared to pre-COVID-19 levels to meet the increased demand for home learning and working.

Aliv’s top executive yesterday said it sees no “short term” impact from the US government placing Chinese equipment off-limits even though its mobile network is “all Huawei”.

Aliv’s revenues are recovering from a “15 percent-plus” fall-off in April sparked by a “triple whammy” from the COVID-19 pandemic, the mobile operator’s top executive has revealed. Damian Blackburn told Tribune Business that besides coping with a 30

Aliv’s subscriber base grew by 20 percent during the final six months of 2019, its top executive revealed yesterday, after the mobile operator shrugged off $2.5m in one-off net Dorian costs. Damian Blackburn told Tribune Business it had “recovered a

Aliv’s top executive yesterday revealed that per customer revenue yields have increased by ten percent over the past 12 months as the mobile operator moves to “reinvent the store experience”. Damian Blackburn, speaking as the upstart provider celebr

Aliv yesterday completed the full restoration of its mobile towers in Abaco and east Grand Bahama, finishing a storm recovery “first phase” estimated to have cost between $5m-$10m.

The Bahamas Telecommunications Company (BTC) and Aliv are at odds over how long customers should be allowed to roam free of charge on each other’s networks in the Dorian-hit islands.Garfield “Garry” Sinclair, BTC’s chief executive, yesterday told Tri

Aliv: 'Growth at all costs' has finished

Aliv’s top executive says its business model is shifting from “growth at all costs” as it targets a mobile market share “in the mid-40 percent” range by the 2020 half-way mark. Damian Blackburn, in a recent interview with Tribune Business, said the

Aliv calls on BTC: 'Work with us for good of Bahamas'

Aliv’s top executive last night said it was “very confident” of hitting its latest $15m capital raising target as it bids “to kick on to the next level” of its growth strategy. Damian Blackburn told Tribune Business that the latest financing will pr

Aliv’s top executive yesterday pledged that the mobile upstart is “not letting up one bit” after year-to-date revenues jumped 62 percent to hit $40.9m.

Aliv’s top executive “can’t praise highly enough” its Chinese technology supplier despite the ongoing controversy over whether it should be allowed to build 5G mobile networks in the US and UK.

Aliv targets summer 2019 for ‘break even’

Aliv is targeting summer 2019 for its operations to hit “break even” through $50-$60m in annual revenues, as it unveiled plans to “double down” on investment in its mobile network.

Aliv is targeting an operating income “break even” position by summer 2019 as it transitions from start-up losses that totalled more than $109m during its first two years.Damian Blackburn, the mobile operator’s top executive, told Tribune Business ye