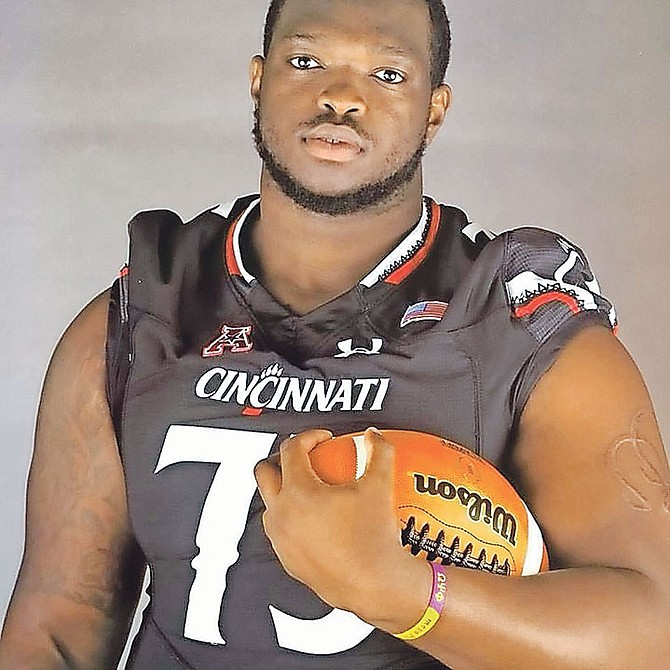 Ferguson and Bearcats in win column

CHRIS Ferguson returned to the field for the Cincinnati Bearcats and the No.21 ranked team in the nation continued their successful run in conference play.The graduate offensive lineman got the start at left tackle and the Bearcats won 24-13 over Tul

An historic series of milestones for Ferguson and the Bearcats

THIS season was an historic series of milestones for both Chris Ferguson and his University of Cincinnati Bearcats football programme.

Ferguson starting on the offensive line for Bearcats

CHRIS Ferguson has stepped into the starting role on the offensive line for the Cincinnati Bearcats and has been one of the driving forces behind the team’s dramatic improvement from a season ago.