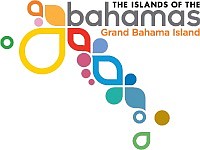 Bahamasair probe: 'chips to fall where they may' over jets

Bahamasair’s chairman last night said he was investigating the airline’s failure to equip three of its jets in time to continue flying to the US, and said: “The chips will fall where they may.”Tommy Turnquest, pictured, the former Cabinet minister an

THREE of Bahamasair’s largest planes have been blocked from entering the United States because they lack surveillance technology demanded by the Federal Aviation Administration.

Bahamasair flew into action after it encountered regulatory turbulence in Canada to ensure the suspension of its charter licence lasted no longer than 24 hours. Tracy Cooper, the national flag carrier’s managing director, blamed an administrative er