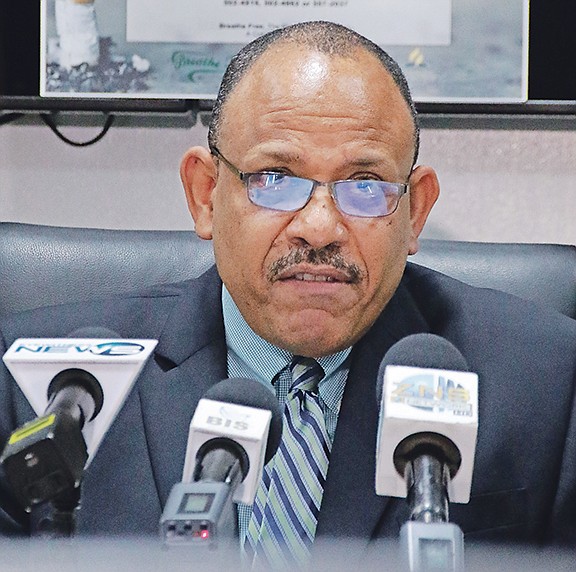 A CASE of active tuberculosis has been confirmed in the Kendal Isaacs Gym shelter, Minister of Health Dr Duane Sands confirmed Thursday night.

WITH full remediation of the Rand Memorial Hospital expected to be completed by next year, Health Minister Dr Duane Sands said the government has already made plans to repair health care facilities in Abaco, which also suffered significant damage during Hurricane Dorian.

HEALTH officials are concerned post traumatic stress disorder (PTSD) and depression could be affecting a large number of Hurricane Dorian victims from Abaco and Grand Bahama.

Death toll may be 'staggering'

More than one in ten has had sex act against will

MORE than one in ten Bahamians have been the victim of a non-consensual sex act, according to the Ministry of Health’s recent STEPS survey. Health Minister Duane Sands yesterday described this as a “disturbing number”. The survey found 13.1 percent

HEALTH Minister Dr Duane Sands yesterday said the public should not be alarmed by reports of an increase of a potentially deadly mosquito-borne virus present in central Florida.