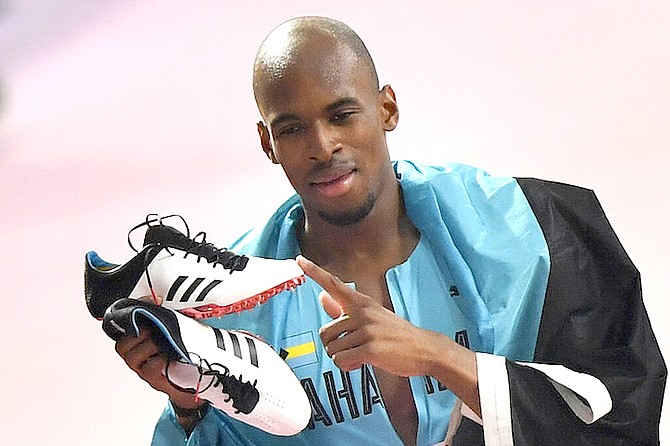 The International Olympic Committee and 2020 host country Japan officially announced the postponement of the Tokyo Games due to the coronavirus COVID-19 outbreak on Tuesday and prospective Bahamian Olympians reacted to the decision.

Gardiner our senior male athlete of 2019

There is no doubt that quarter-miler Steven Gardiner’s sterling triumph in the men’s 400 metres at the International Amateur Athletic Federation’s World Championships in Doha, Qatar earned him The Tribune’s 2019 Male Athlete of the Year. His glaring

IN an effort to assist themselves and show some support for the victims of Hurricane Dorian, the Bahamas Association of Athletic Associations will hold its first Masquerade Race Weekend.It’s scheduled for Saturday and Sunday, December 7-8, and will inc

Gardiner doesn't make cut for Male Athlete of the Year

THE International Amateur Athletic Federation reduced its list of 11 nominees to the final five for the Male Athlete of the Year but, unfortunately, Bahamian Steven Gardiner did not make the cut.Gardiner, the Abaco native who ended the year as the IA

Gardiner nominated for IAAF Male Athlete of the Year

ABACO native Steven Gardiner, now home to enjoy his triumph as the new men’s 400-metre world champion, has been named one of the 11 nominees for the International Amateur Athletic Federation’s Male Athlete of the Year.The list was released on Nationa

DOHA, Qatar — The Bahamas welcomed its newest world champion on Friday night at the IAAF 17th World Championships after Steven Gardiner ascended on the top of the podium, improving on his silver medal performance two years ago in London, England.Baha

Gold for Steven Gardiner in 400m

DOHA, Qatar: World champion. Those were the two words to label Steven Gardiner after he ran the "perfect race" to obliterate his own Bahamas men's 400 metre national record at the 17th IAAF World Athletic Championships.