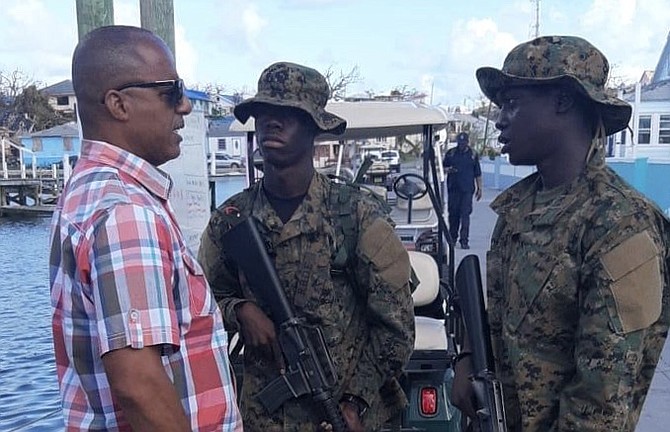 Minister of National Security Marvin Dames on his visit to Abaco and the surrounding Cays.

AS looting and theft concerns persist in Abaco, National Security Minister Marvin Dames was adamant the government is very serious about security on the island, adding there had been no compromise over safety needs.“There are no games,” the minister

Call for Dames to resign over Abaco: FNM branch chairman hits out over island’s ‘weak security’

THE chairman of the Free National Movement’s Central and South Abaco constituency branch wants National Security Minister Marvin Dames to resign over the “weak security” on the island.

On a recent visit to Abaco and the surrounding Cays in the wake of Hurricane Dorian, Minister of National Security Marvin Dames took part in night patrols which provide safety and security in affected areas.