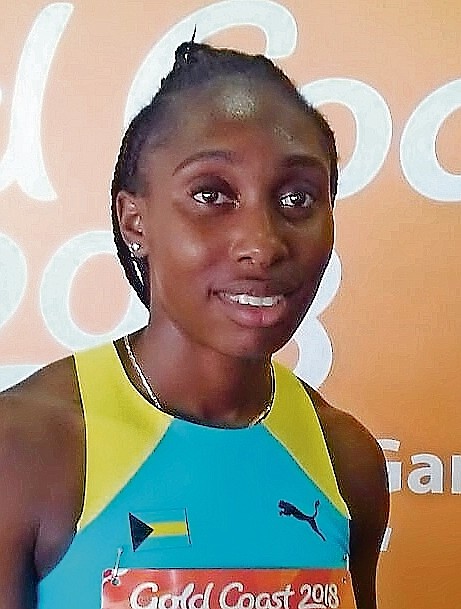 IT came down to a runoff between Anthonique Strachan and Grand Bahamian collegian Brianne Bethel to settle the dispute as to who of the four qualifiers will occupy one of the three lanes for the Bahamas in the women’s 200 metres at the 2020 Olympic Games.

THE dispute surrounding Team Bahamas’ list of entrants for the women’s 200m at the 2020 Tokyo Olympics has reached a tipping point just days before the athletics competition gets underway in Tokyo.

DESPITE her season’s best for ninth place as her Jamaican training partner Elaine Thomson-Herah posted a world-leading time, Bahamian sprinter Anthonique Strachan said she was pleased with her 2020 debut in Europe in the COVID-19 atmosphere. At the 40th edition of the Golden Gala Pietro Mennea, the Italian leg of the Wanda Diamond League, which took place in the Olympic Stadium in Rome on Thursday, Strachan finished in a dead heat in the women’s 100 metres in a season’s best of 11.42 seconds, the same time as eighth place finisher Marije Van Hunenstijn of the Netherlands.

With the Jamaican athletic scene turning to some sort of normalcy in the coronavirus pandemic, Bahamian sprinter Anthonique Strachan produced a couple of impressive results over the weekend in a series of Velocity Fest meets against some of the top female sprinters on the island.

AFTER recording a second and third place finish in her previous two meetings in the Velocity Fest Meet series in Jamaica, Bahamian sprinter Anthonique Strachan finally emerged to the top of the podium on Saturday.

Fresh off her third place finish in the 100 metres behind Olympic and world champion Shelly-Ann Fraser-Pryce a week ago, Bahamian sprinter Anthonique Strachan racked up a second place as they moved up to the 200m behind her Jamaican arch rival over the weekend.