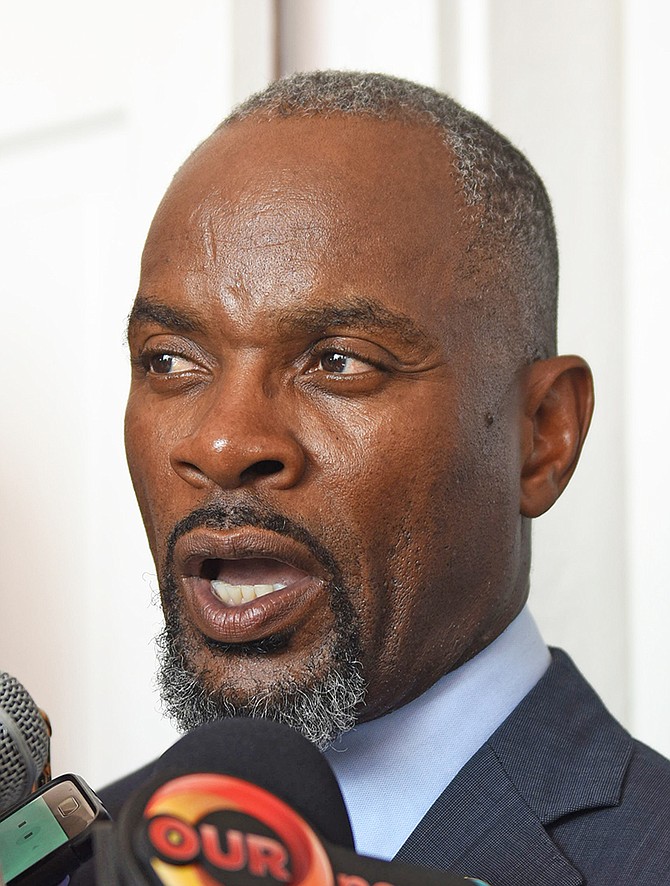 10pm: A statement from BPL on power restoration efforts – Bahamas Power and Light Company Ltd (BPL) wishes to confirm for customers that we have begun restoration efforts and have returned service to some of the feeders, but BPL continues to prioritize safety of our customers and staff as we recover from Hurricane Isaias.

8.30pm: From the Associated Press – Isaias had maximum sustained winds of 80 mph (130 kph) Friday night and was expected to strengthen in the coming hours, the U.S. National Hurricane Center in Miami said. The storm was centered about 175 miles (280 kilometers) south-southeast of Nassau in the Bahamas and was moving northwest at 15 mph (24 kph).

Grand Bahama residents in 20 communities along the coast and other vulnerable areas are being advised to evacuate, Minister of State for Disaster Preparedness, Management, and Reconstruction Iram Lewis said on Friday.

Iram Lewis: We're as ready as we can be for storm

Iram Lewis, Minister of State for Disaster Preparedness, Management, and Reconstruction, says Grand Bahama is “ready as can be” and has “more than enough” hurricane shelters based on meteorological advice concerning the storm. “We are fully aware of