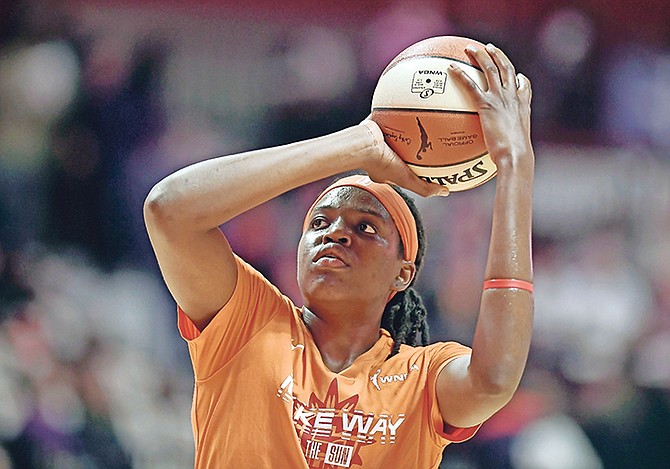 Jonquel Jones is set to return to the WNBA tonight and the All-Star forward will take the floor in a Connecticut Sun uniform for the first time since the 2019 Finals.

Jones and Sun to tip off WNBA’s landmark 25th season

JONQUEL Jones and her Connecticut Sun will tip off the WNBA’s landmark 25th season in less than a month.

Jones and Foxes advance to semis in the Russian Premier League

JONQUEL Jones and her UMMC Ekaterinburg Foxes continue to steamroll the competition in the Russian Premier League and advanced to the semifinals after they opened the playoffs with a pair of dominant wins.

JONQUEL Jones and her UMMC Ekaterinburg Foxes are one step closer to the FIBA EuroLeague Women Final Four.

‘The biggest factor for me was my health’

Jonquel Jones cited COVID-19 concerns and a lack of clarity in the WNBA’s return to play proposal as the main factors behind her decision to opt out of the upcoming season.