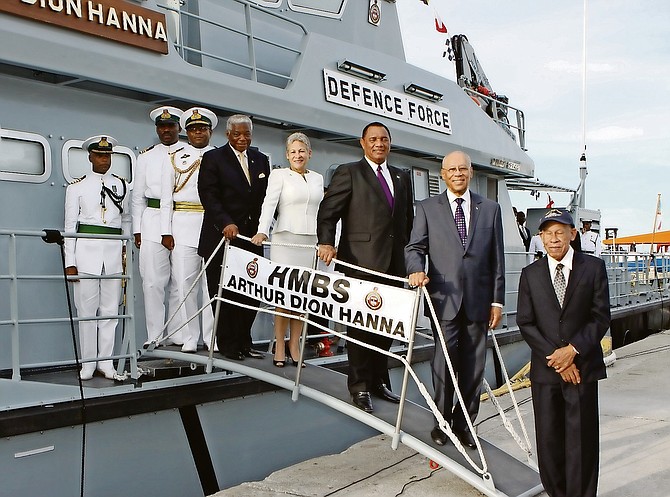 ARTHUR HANNA (right) with leading government officials at the official commissioning of the HMBS Arthur Dion Hanna in 2014.

FORMER Governor General and Deputy Prime Minister Arthur Dion Hanna, the ardent progressive whose faith in Bahamians helped push The Bahamas toward independence and sparked the Bahamianization policy that defined an era, died at home yesterday at 93.