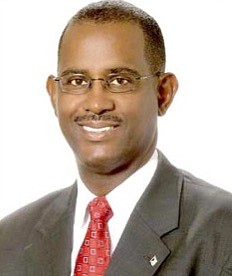 Bahamasair off 35% against pre-COVID

Bahamasair’s peak summer revenues were down by 35 percent compared to pre-COVID19 figures, its chairman has revealed, although passenger occupancy on its US routes averaged around 80 percent.

‘Too much for the taxpayer to bear’

Bahamasair’s $52m-and-counting subsidy “is too much for taxpayers to bear”, its chairman admitted yesterday, while adding that it has “got to make” the next fiscal year’s $30m allocation work.

AFTER Bahamasair was fined for a third time for allowing passengers to travel without a travel health visa, the national flag carrier’s chairman Tommy Turnquest said the infractions happened at Cuba and Haitian ports.

Bahamian taxpayers have spent $40m “and counting” to prop up Bahamasair over the past seven months, its chairman has revealed, while confirming the airline was late meeting payroll last week.