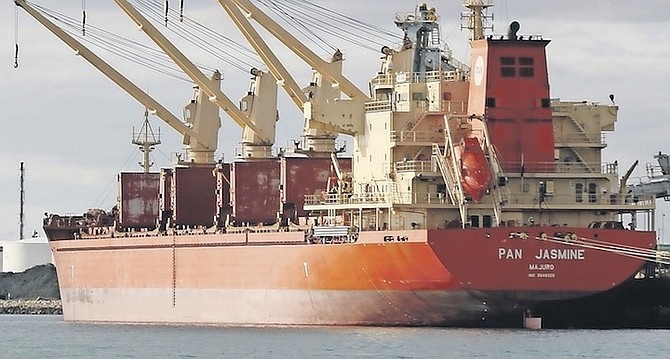 A REPORT from the Department of Customs about the unlawful dumping of contaminated wood in Freeport, Grand Bahama, last month has been forwarded to the Royal Bahamas Police Force and the Department of Public Prosecutions for review.

Govt to probe offloading of beetle-infested wood in GB

THE Bahamas Government has launched an investigation into the offloading of wood reportedly infested with an invasive beetle by a Panama-registered cargo vessel at Grand Bahama last week.

DON’T BLAME US FOR BEETLE CARGO FIASCO: Shipping agents say sub-contractor was to blame for blunder

The Bahamian shipping agent for a vessel that offloaded wood waste containing an invasive beetle species yesterday pledged to fight impending Customs charges and efforts to make it “a scapegoat”.

Calls for fine for owners of beetle-carrying vessel

THE docking and offloading of dunnage from a cargo vessel in Freeport with a shipment of wood infested with an invasive beetle have raised concerns among Bahamians who are calling for a huge fine to be levied on the owners of the vessel.

Environmental activist Joseph Darville is outraged over the docking and offloading of a cargo ship allegedly laden with a shipment of wood infested with an invasive beetle that destroys crops.